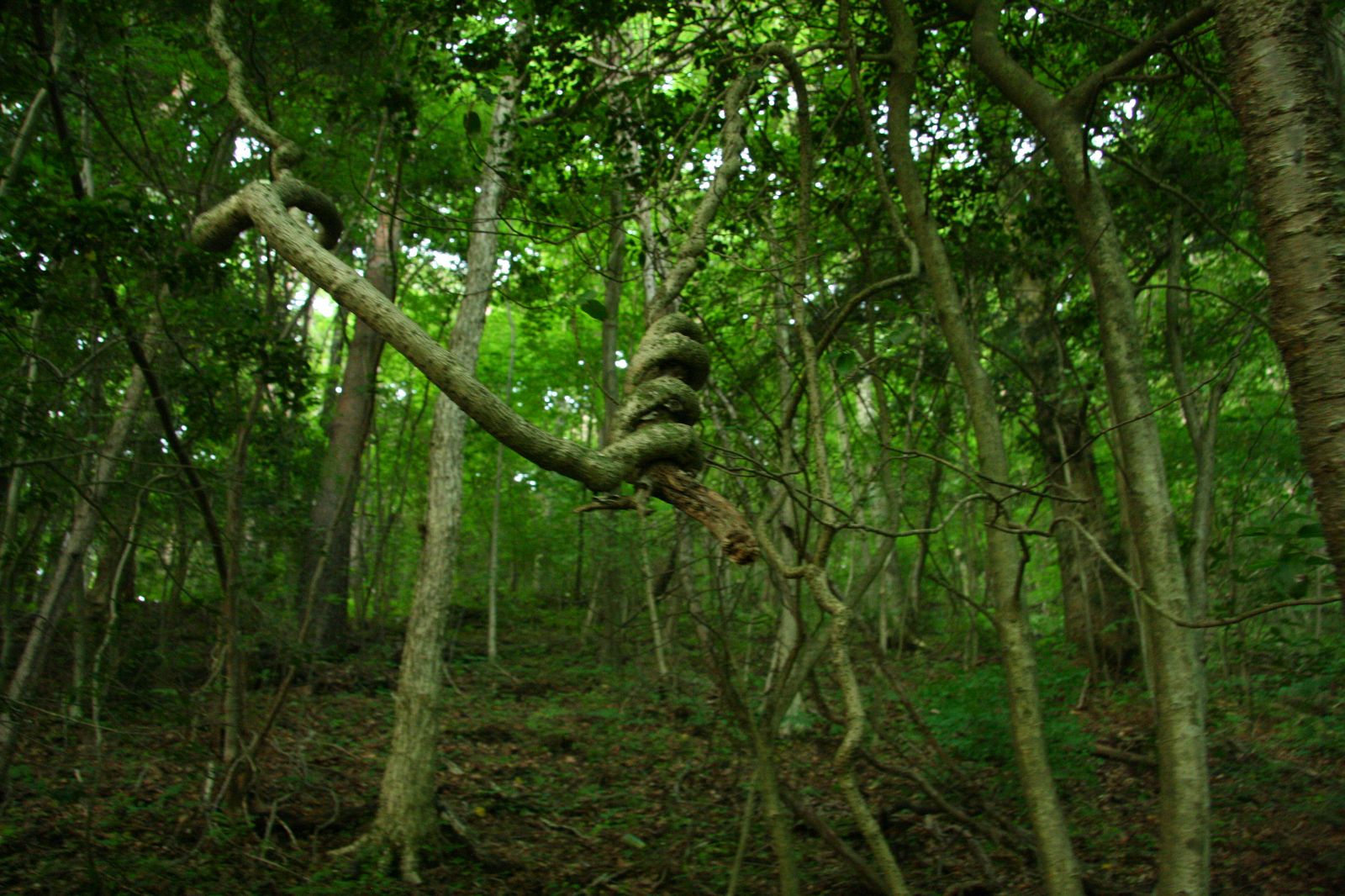 There is a sinister place at the foot of the sacred Mount Fuji – a direct opposite of the mountain peak's majestic beauty – the Aokigahara Jukai forest.  Aokigahara means "valley of green trees" and "Dzyukay" - “sea of trees” in Japanese. Indeed, the aerial view of the place gives an impression of a green sea.

Many Japanese spend their weekends in Aokigahara by walking its trails,  having picnics and playing with their children on the special playgrounds. Admirers of the great Fuji come to the forest to capture it in a photo. However, the forest's popularity didn't come from providing pleasant atmosphere for relaxing walks -  Aokigahara acquired its fame for being a scary place already in the Middle Ages, when famished families would take their elders to the forest and leave them there to die.  In the forest so dense no one could hear their screams of suffering and rescue them. Locals believe that their ghosts inhabit the forest and seek to harm lonely travelers. Many Japanese children are afraid to say the forest's name outloud, and tourists are warned to not deviate from the route and be careful. If you get lost in Aokigahara, no compass will help, because of the magnetic anomaly in the forest.

There is no famine or suffering in Japan in modern days, but Aokigahara remains a place with a morbid reputation. Its ominous landscape and deafening silence beckons those who want to end their life. Aokigahara is the second most popular suicide location after San Francisco's Golden Gate Bridge.  Since the 1970s, Japanese police receives a special budget of 5 million yen to search for bodies in the forest.   Every search produces 70-80 bodies annually, that is, at least once a week someone goes to the forest deciding never to return. Three towns in the vicinity are responsible for keeping unidentified bodies and remains.

Aokigahara's popularity as a suicide location has also been taking its toll on the forest workers, who encounter decomposed or half-eaten by wild animals bodies, and must carry them to the special suicide corpse storage rooms. The workers play rock, paper, scissors to see who will sleep in the room with the found corpse. If the corpse is left alone, it is believed to be bad luck for its ghost, yurei – it will scream through the night and make the body move on its own.

Due to the forest's popularity locals are now able to identify three types of visitors – the happy trekkers, the macabre-loving freaks, and the ones planning to do their final walk.

To try to combat suicides, the police put up signs in the forest reading “Your life is a precious gift from your parents” and “Please consult the police before you decide to die!”.

Read more about Japan off the beaten path