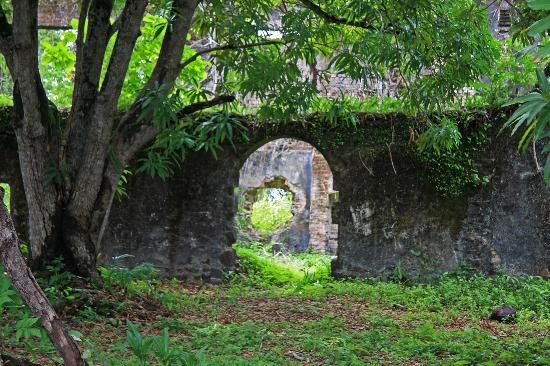 Bunce Island is located about twenty miles down the river from Freetown, which used to be the center of the slave trade between the 17th-18th centuries.  The island is 540 meters long, 130 meters wide and almost completely covered by forest.

In the northern part of Bunce stood a castle, which served as a slave trade center. The island was one of about 40 slave trading posts built by European merchants along the coast of West Africa. The British traders shipped thousands of slaves to the Southern colonies of America during the mid- and late 1700s. Plantation owners in Georgia and South Carolina were particularly excited to get slaves from the part of Africa where people cultivated rice for centuries – the “Rice Coast”.  The Northern colonies of America also purchased African captives with rum produced in New England. Around 50,000 enslaved captives were sent from African Rice Coast to the Americas.

Nowadays the remains of the castle consist of the parts of two watchtowers, ramparts with seating for eight cannons, a gunpowder warehouse, prison and dormitories. In the southern part of the island there are several tombstones on the graves of the slave traders.

In 2008, the World Monuments Fund declared Bunce island one of the 100 Most Endangered Sites of the world. USA and Sierra Leone are showcasing Bunce Island Exhibit across America to help preserve Bunce Island.  The exhibit covers 26 topics relating to the slave castle, its history and its contemporary importance. It also features personal comments and experiences of Gullah people from South Carolina and Georgia - the African captives' descendants, who made pilgrimages to the site and saw the place where their enslaved ancestors were sold.

In: memento mori, castles and forts

Read more about Sierra Leone off the beaten path

Find more off the beaten path near: Kupr 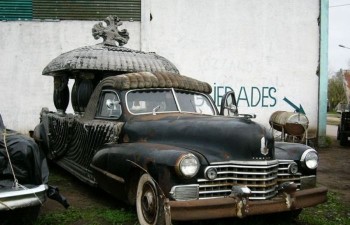 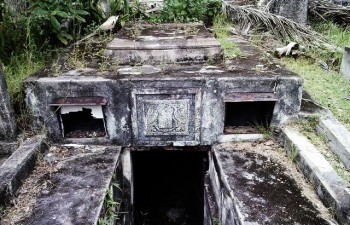