Some local stories about the formation of enclaves talk about a maharaja of Cooch-Behar and lord of Rangpur, who played countless chess games putting various villages in the area at stake. Others say they remember a drunk British army officer, who drew the most crooked border in the world and even spilled some ink on the map.

Stories aside, the weird border can be traced back to local kings' fights hundreds of years ago, who claimed pieces of land inside each other's territories to gain political power. In 1947, Bangladesh became independent from India, and these separate pockets of land were divided further.

Although these enclaves make the map look funny, there is nothing to laugh about for the locals. Usually, enclaves have no hospitals, no schools, no post office or police. Although you might find these institutions in the neighboring villages, those villages are foreign lands. Even to get your harvest to the nearest market is a problem. Getting out of the enclave to the “mainland” is not easy either – for this, you have to cross the border, and to cross the border you need a passport, and to get a passport you need to go to the mainland.

The situation would have been really tragic, but corruption offers a helping hand in this case. Indian border patrol and Bangladeshi police are ready to close their eyes to a law violation if a peasant wants to take his goods to the market or a mother with a sick child on her way to a hospital – for a small fee.

Suggestions to switch the enclaves in a more comfortable manner were rejected, because patriots do not want to give up an inch of native land to the enemy, so the issue remains unresolved. In 2011, the governments of both countries announced that they intend to resolve the problem by swapping the enclaves and giving residents a choice of nationality. The bill was submitted to the India's Rajya Sabha in 2013, however there is some opposition to the agreement in the Indian state of Assam, because they don't want to give up some of their territories.

Read more about Bangladesh off the beaten path 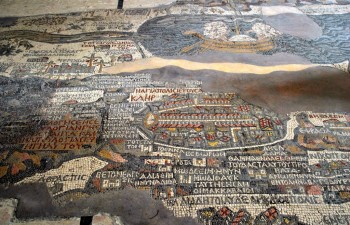