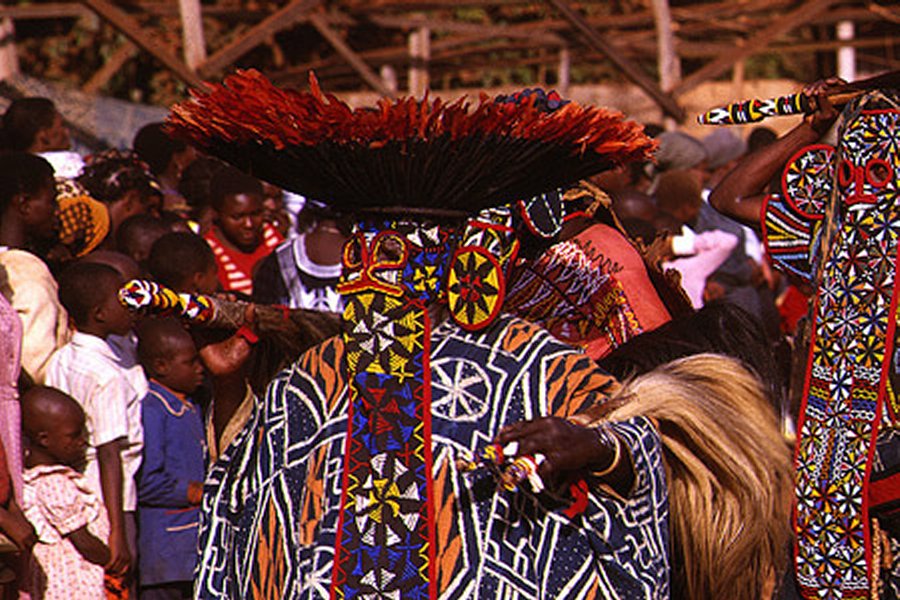 Somehow, Cameroonian Juju hats became an unseparable part of many homes' decor.  The hats have been featured in numerous interior design magazines calling out for everyone to add some Juju to their homes.

The elaborate plumage and festive colors of juju hats originally meant to decorate Bamileke people from Western Cameroon. They used to be rare and only chosen members of the tribe were able to wear them. Initially the hats were not even called Juju – Bamileke called them Tyn. Theories about the origin of the hat's acquired name argue that it derived from the word “djudju” used by the Hausa people of northern Nigeria to denote an evil spirit, or from the French word “joujou” - a toy. The word Juju became popular among Europeans around the 17th century for referring to West African healers, who wore similar hats. Since the times of Atlantic slave trade, the word Juju traveled to the Americas and started being used to refer to amulets, spells and witchcraft in general.

Among Bamileke peoples, Juju hats symbolize prosperity and are believed to possess qualities of birds. The most elaborate Juju hats are worn by the eight men, known as the Mkem – the holders of hereditary rights. Mkem and royalty wear the hats together with animal masks – elephant and leopard masks are reserved for the Fon – the tribal chief. It is believed that the chief has supernatural powers, which allow him to turn into an animal – hence the masks.

Another elite group of Bamileke society are Kuosi – former warriors who became wealthy. Kuosi are responsible for the most dramatic masquerading displays involving Juju hats. The masks can represent male and female heads, buffalos, birds and other animals. The higher the position in the society – the more interesting the mask and the more colorful the hat.

Juju hats are made of natural or dyed chicken or wild bird feathers stitched onto a woven palm tree fibers. A leather strap attached to the back of the hat is used to pull the hat open to its full breadth - the diameter of a juju hat is about 80cm. When not in use, the hat can be folded into a basket shape with the feathers tucked inside.

The Juju fashion craze seems quite strange and funny (to say the least), but if we look at it from another angle, those hats must have some powerful magic in them to be able to spellbind such a great number of home-decorating ladies around the world.

Gallery: Juju hats - the origins and the fashion craze

Read more about Cameroon off the beaten path

Find more off the beaten path near: Hauts Plateaux Menchum