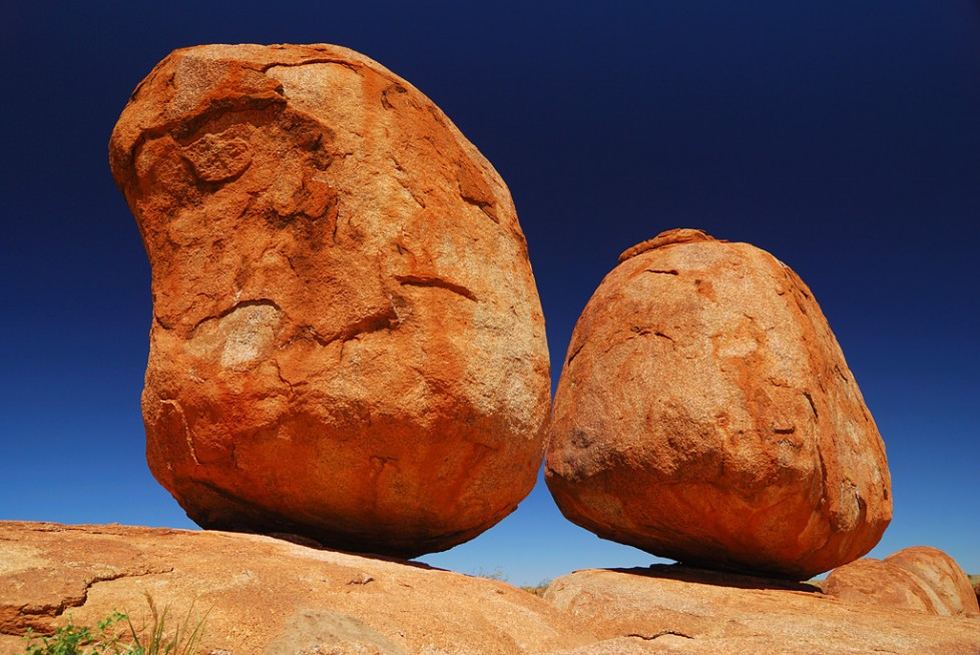 Among the original owners of the land - Warumungu, Kaytete, Alyavarra and Warlpiri the marbles are known as Karlu Karlu, and they are of great cultural and spiritual significance to them. Some of the legends tell that these are the eggs of the Rainbow Serpent. Ancient legends about Karlu Karlu have been passed from generation to generation, and not all of them are disclosed to the outsiders.

One of the main stories connected to Karlu Karlu is the Creation myth. It talks about the ancient ancestor Arrange, the Devil Man, who walked those lands. He made a hair-string belt, which initiated aborigenes wear, and while he was twirling the hair to make strings, he dropped some on the ground. The clusters of hair turned into giant red boulders. Then he spat on the ground, and his spit turned into granite boulders, which are located in the central part of the reserve. Then, Arrange returned back to where he came from – to the hill Ayleparrarntenhe, where he still lives today.

These giant boulders formed by erosion, which lasted millions of years. Their size ranges from 50 centimeters to six meters in diameter. Some of them are precariously balanced on top of each other, which looks like the rocks contradict the laws of gravity. Their erosion continues to this day, which creates ever-changing landscape.

Devil's Marbles reserve does not have organized tours – anyone is free to follow hiking routes and explore the eastern part of the reserve. Along the routes the visitors can learn how this geological wonder was formed and how it withstood the forces of nature. Each rock looks different, and you can spend hours finding more and more interesting types. At dawn, the boulders seem to glow and change their color from pink to bright red. To see the Devil's Marbles at sunset, you should spend a night in the reserve by camping around the fire.

The reserve extends along both sides of Stuart Highway, approximately 393 km north of Alice Springs and 100 km south of Tennant Creek. The nearest town, Wauchope, is located 9 km to the south. If you are going north or south between Darwin and Alice Springs, you will pass the reserve on your way. 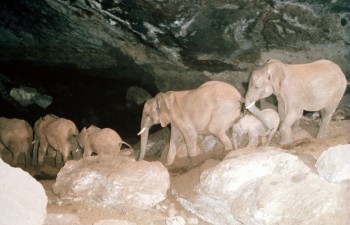