The labyrinth of Cretan Minotaur 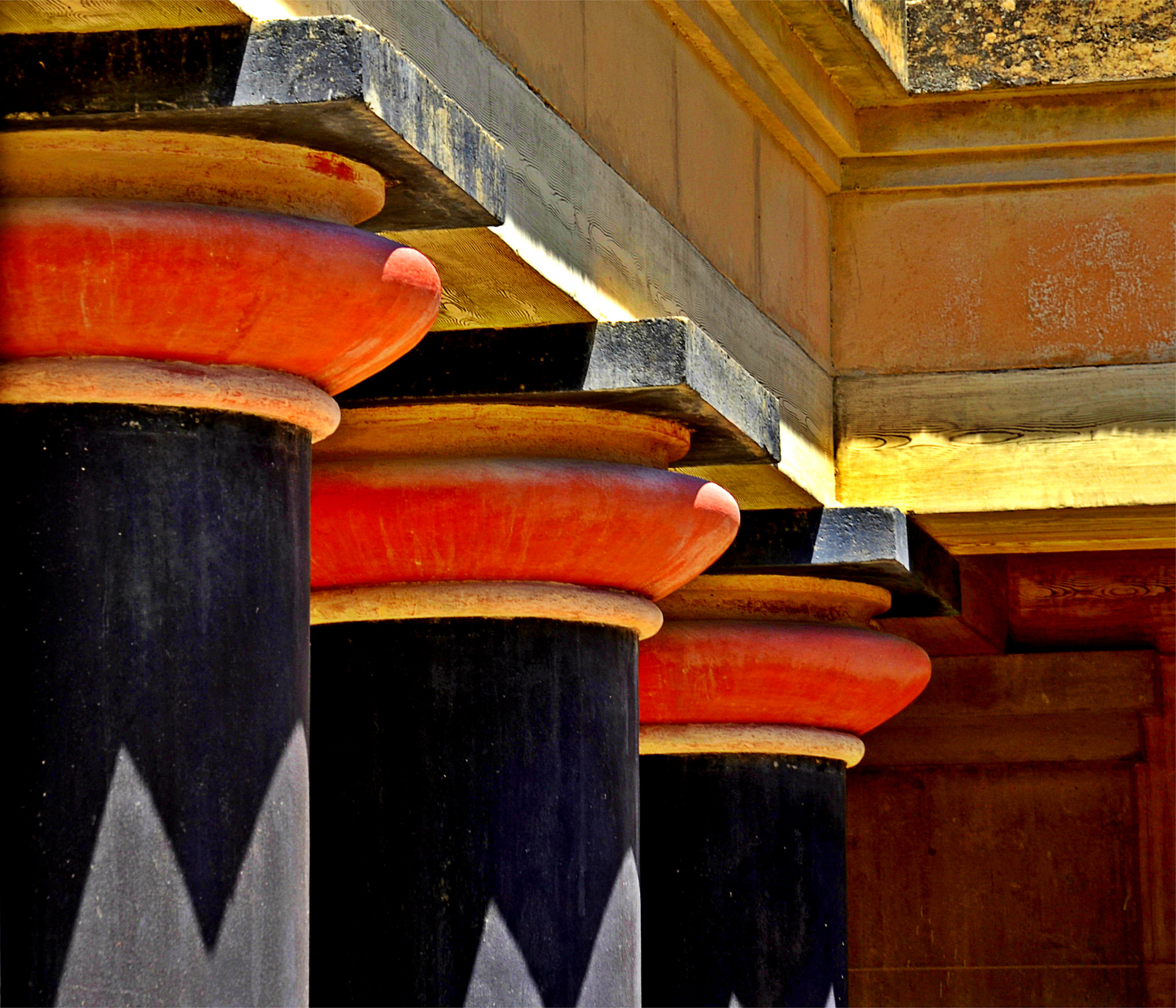 The Greek myth about the Labyrinth of Crete is quite famous. Daedalus, the skillful craftsman, designed this phenomenal structure for King Minos of Crete, to keep the king's son, the Minotaur, entrapped within its walls.

Minotaur was a part man, part bull creature, born to Pasiphae, the wife of Minos. While competing with his brothers to rule Crete, Minos prayed to Poseidon, the sea god, and promised to sacrifice a snow-white bull if he helps Minos become king. However, once he ascended the throne, he decided to keep the beautiful snow-white bull and substituted it with another one. As a punishment for breaking the promise, Poseidon instilled an urge into Minos' wife to mate with the snow-white bull. Pasiphae asked Daedalus to construct a hollow wooden cow, in which she could satisfy her desires with a bull.  Of this beastly union a son was born – the second Asterion of Crete, later called the Minotaur (the bull of Minos).

When the war between Athens and Crete broke out, Athenians were defeated and forced to send men and women to the island every year, which were sacrificed to the Minotaur. Eventually, Athenians got fed up with this terrible practice, and the Greek hero Theseus challenged to kill the monster. He managed to not get lost in the labyrinth with the help of Ariadne, Minos' daughter and destroyed Minotaur.

Since those times, the myth of Minotaur inspired architects to depict this story on the walls of many labyrinth installed in various cathedrals.

The existence and symbolism of Cretan labyrinth still remains an open question. Technically, no “real” labyrinth was found on Crete. The site of the Cretan labyrinth is assumed to be the Palace of Knossos, excavated by the British archaeologist Arthur Evans in the 1900s.  However, there is no hard evidence for this conclusion, because the palace is not designed like a proper labyrinth. A classic labyrinth is a unicursal path leading towards the center of concentric circles. According to Evans, Knossos could be considered as a labyrinth-like structure due to its extraordinary amount of chambers and corridors.

The idea of labyrinth comes from the ancient Egypt, and the earliest reference to it appears in Herodotus' writings of the 5th century. Supposedly, Daedalus learned the design of labyrinth in Egypt. The inspiration for the Cretan labyrinth was a structure built at Medinet el Fayum in 1800 BC, which was actually a temple of the dead. There is a hypothesis that Crete was linked with a cult of the dead, and further investigations hint that it could be true – there are no straight paths approaching the palaces of Crete. Ancient Greeks believed that spirits can only travel in straight lines, and places with bending lines like Knossos would keep them entrapped.

A quarry near Gortyn is another place, which is speculated to be the real  labyrinth of the island. Nicholas Howarth, an Oxford University geographer, explored Gortyn caves and described the two and a half miles of interlocking tunnels with chambers and dead-end rooms, which look like a real maze. Coincidentally, Gortyn was the place of Zeus' and Europe's marriage, which produced King Minos, who founded Knossos and other palace complexes on the island.

The investigation of the palaces gives even more support towards the Cretan cult of the dead hypothesis. All palaces have a room, believed to be the Throne Room, where the king sat in audience, however it is more likely that this room was used for funerary rituals and mummification, or for the oracular purposes. This room has a big bowl, which were used for scrying – reading the past or the future in the state of induced hallucinations. Oracles were the ones who communicated with the dead, hence there would be no better place to do it than the Throne room.

Although there is no hard evidence as to which of the Cretan structures is the real labyrinth, the labyrinth-like access to Knossos palace – the oldest road in Europe, the “Sacred Way”, a bull head found in the Little ceremonial palace hints at the connection with the myth. Somehow, the bull played an important role on Crete, and it seems like through the ages, the meaning of  “labyrinth” became more blurry – it can refer to a design or to a structure itself. In addition, not everything has been excavated in the area, and it is possible that Minotaur's cell is still to be discovered.

The Quest for the Minotaur's Labyrinth video