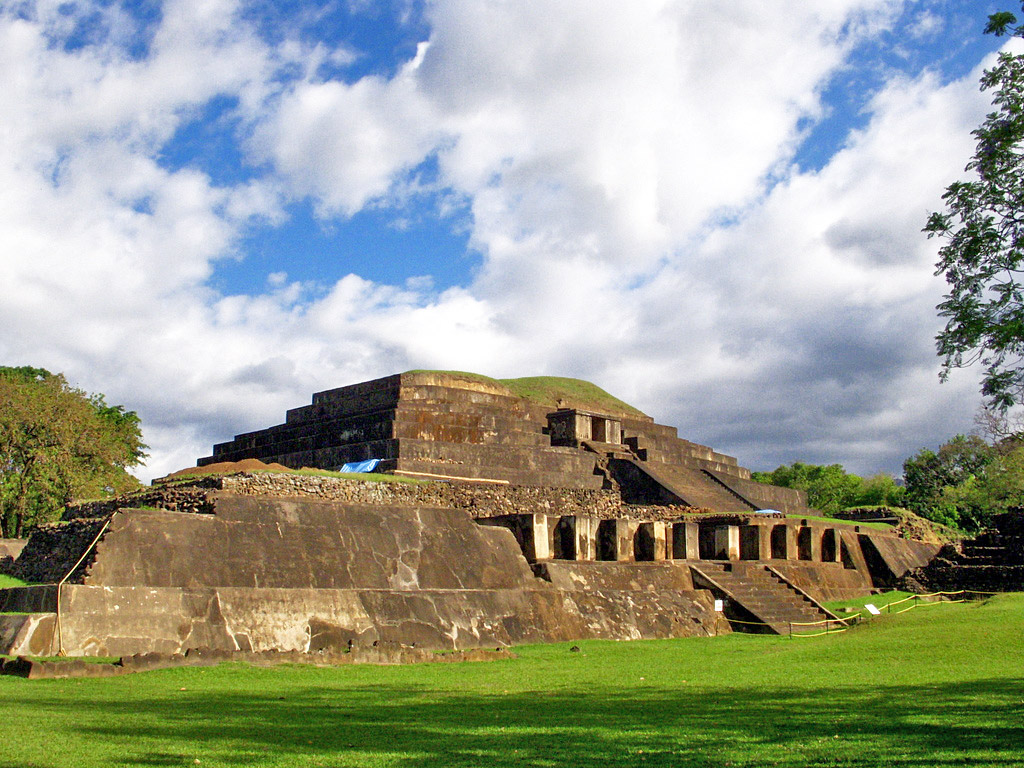 The ruins of ancient Tazumal is an archaeological site of Post-classic Mayan culture, which is located near the town of Chalchuapa, 60 km from the El Salvador's capital, San Salvador.

Here you can explore the biggest pyramids of the country - up to 23 meters tall.  Besides the pyramids there are remains of various Mayan structures, ritual objects and wall carvings. Tazumal was built in thirteen stages during 750 years, mainly in the Late Classic period (600-900 AD), although archaeologists believe that the first settlements in this area were founded approximately in the 5th century BC. Of the nine identified  ancient structures of Tazumal only two survived and are in a more or less preserved state, three more buildings are now being excavated, and the rest was destroyed during Ahuachapán expansion. The heyday of the city was during the Classical period (250-900 AD). Around  900 AD, a Toltec style pyramid, a large stadium for ball games and a few other buildings were built, and the city was completely abandoned by 1200.

Archaeological excavations of Tazumal in El Salvador still continue.  Although many restorations were carried out in a sloppy manner, without going into the details of the original architecture, the locals are very proud of these ruins. 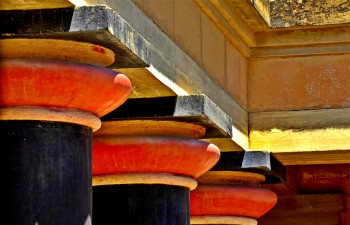