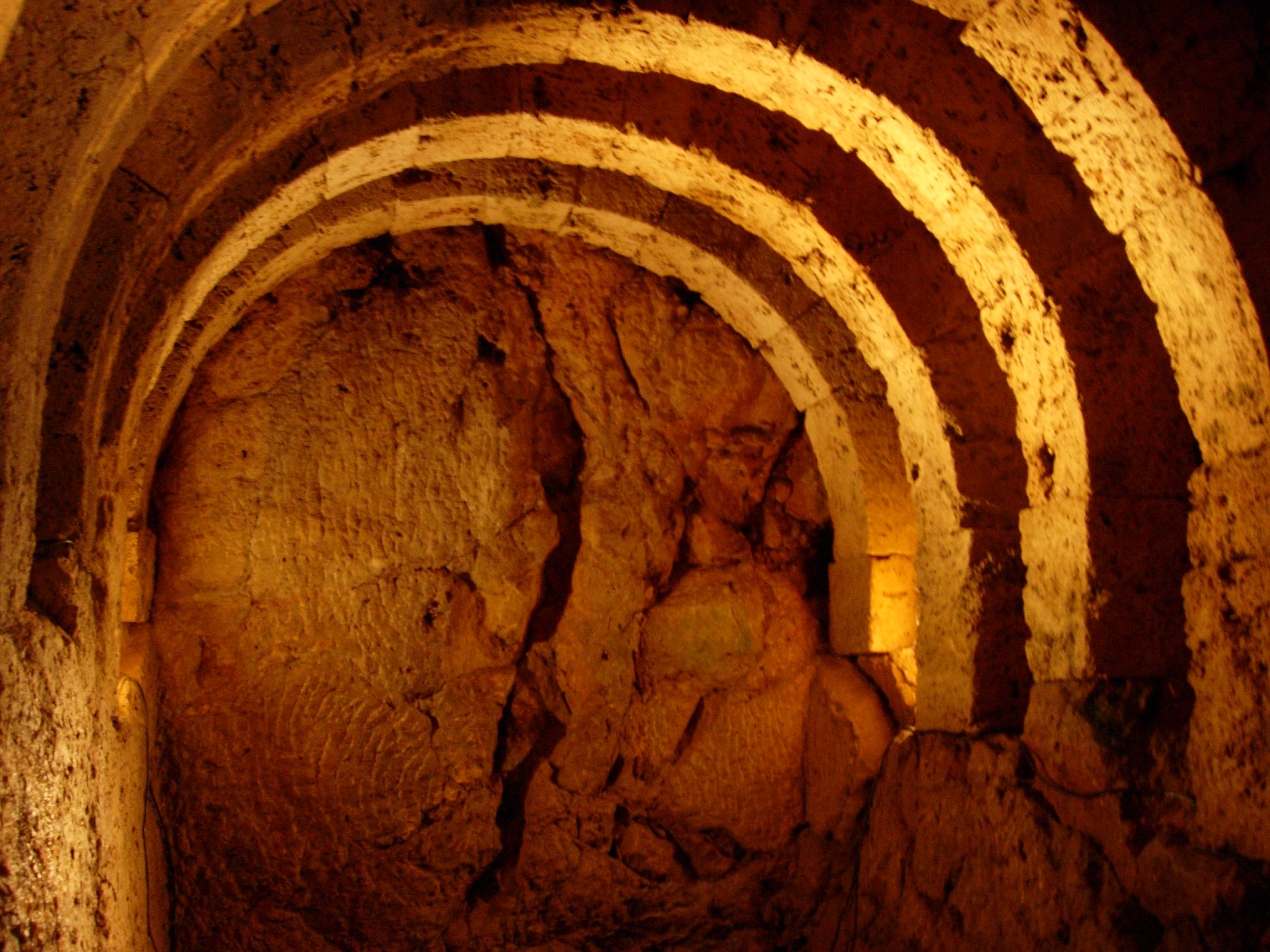 The ancient Greeks believed that after you die, the soul will descend into the underworld via subterranean passages. There were several oracles in Greece, who were thought to be portals through which the gods could communicate directly with the people. In order to communicate with the dead, one would have to visit the oracle in Epirus, in the ancient temple of necromancy, devoted to Hades and Persephone, on the banks of the Acheron river.

The oracle is mentioned in Herodotus' writings, where a tyrant sends an emissary to the oracle of the dead to find out where his wife hid the money. The wife refuses to answer because the husband didn't give her a proper burial and not burning her clothes, and accuses the husband of having sex with her corpse. In response to that, the husband decided to take the clothes of all the local women and burning them, so that the wife is finally happy and will tell him the location of the money.

Supposedly, the Necromanteion of Ephyra temple was the place where Odysseus descended into Hades to find the soul of Teiresias to find out about his future. The place is located 37 km south of Parga. There are steps leading to the crypts, where people descended in 4th century BC to communicate with the dead. To communicate with the dead, the visitors had to perform specific rituals during several days, and sacrifice an animal when the priest told them they were ready. The surrounding atmosphere and special means employed by the keepers of the temple created the illusion of the underworld – the flickering lanterns, the special diet they made the visitors keep, or hallucinogens they had do take.  Archaeologists discovered some mechanical devices which may have been used to create an illusion of the animated dead.

Gallery: Necromanteion of Ephyra - the oracle of the dead