Ryugyong, the enormous ghost of a hotel 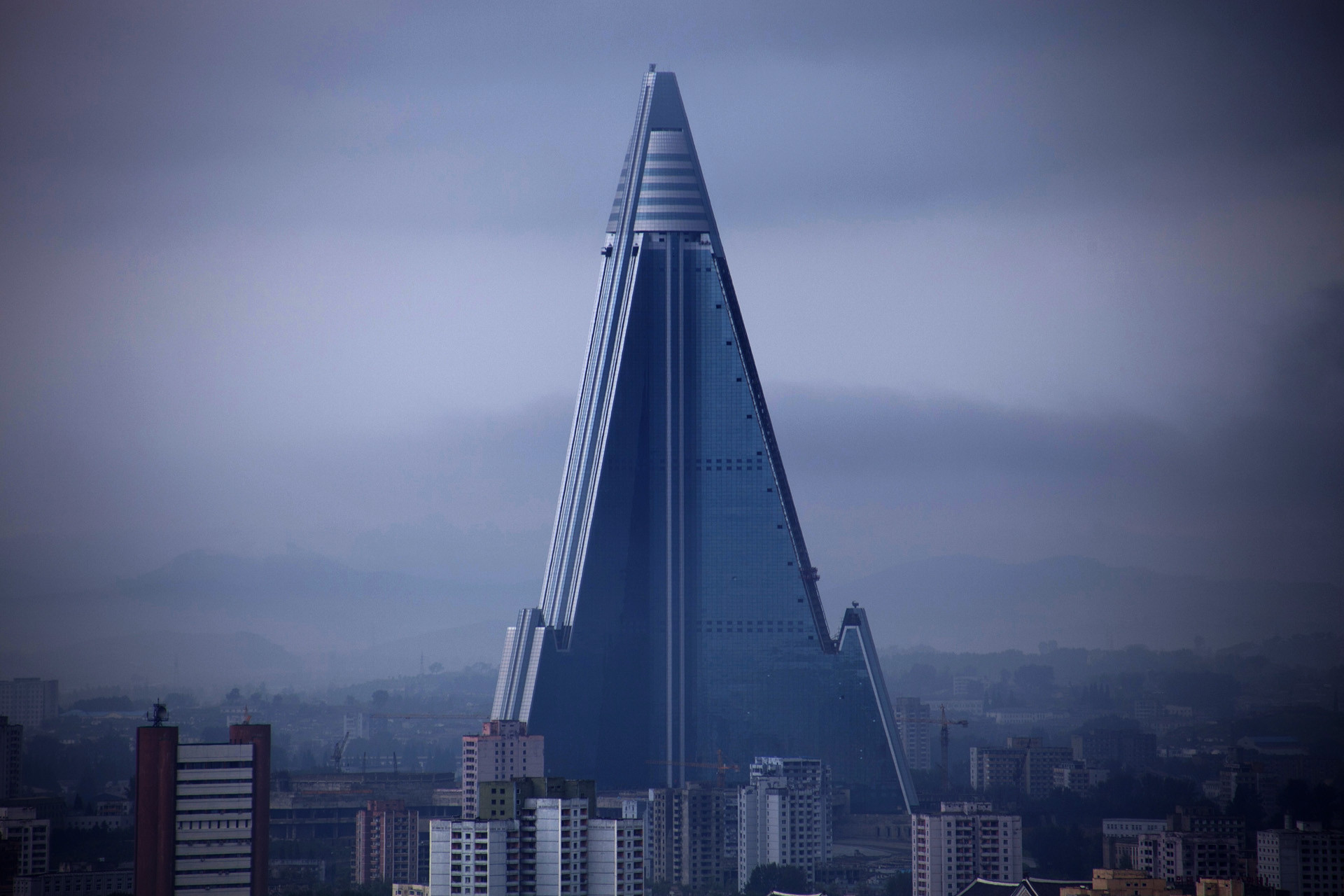 Ryugyong Hotel in Pyongyang, North Korea, would be the tallest hotel in the world, but it has been 23 years since the beginning of the construction and the project remains unfinished.

At the end of the 20th - beginning of the 21st century, Asia experienced an economic boom that  manifested itself in scyscraper building.  Scyscrapers spread like mushrooms after fresh spring rain all over – in Dubai, Taipei, Shanghai, Kuala Lumpur, and many other cities to show off their wealth and modernity.

A similar project was launched in Pyongyang in 1987. Ryugyong Hotel was conceived as a giant 330 meter pyramid to symbolize North Korea's power and success. It was supposed to be the world's tallest hotel, with the area of 360 000 square meters and a height of 105 floors. 14 upper floors are tapered structure with revolving 8 floors.

The hotel was planned to have 3,000 rooms, 7 restaurants with views of the North Korean capital, casinos, night clubs,  and all of it was supposed to be finished in 1989,  for the World Festival of Youth and Students. Being still unfinished, the hotel has already been marked on the maps, in the guidebooks and the government issued Ryugyong hotel stamps.

However, the construction stopped in 1992, three years after the hotel was already supposed to be functioning. The problems began after the collapse of the Soviet Union, the largest benefactor in North Korea. Since then, Ryugyong hotel has become a ghost skyscraper, towering over the city.

Looking at the rare pictures of that period, made by a few tourists despite the ban on shooting the facilities, one might agree with the architects, who called Ryugyong, "the ugliest building in the world,"  or "the only built piece of science fiction in the contemporary world “

In 2008, the Egyptian company Orascom started working on the unfinished hotel in exchange for  the North Korean government's permit to implement their 3G mobile phone network on the territory of the country. North Korean authorities claimed that the project would be completed in 2012, coinciding with the 100th anniversary of the birth of the “Eternal President”, Kim Il-Sung. In 2013 the plans were put on hold yet again, due to the market risks and heightened tensions in the country.

The hotel still remains an eyesore for Pyongyang skyline, and it's being routinely photoshopped out of the photos or made to look like it's open. Clearly, Ryugyong Hotel  was an extremely ambitious project with no real practical purpose, resulting in a failure on an enormous scale.

Gallery: Ryugyong, the enormous ghost of a hotel

Read more about North Korea off the beaten path

Find more off the beaten path near: Pyongyang 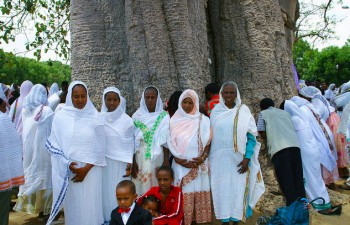