San Marino, as small as it may be, has its own Museum of Torture. It contains more than a  hundred instruments and accessories created specifically for torture, ranging from medieval times to the later 19th-20th centuries and presents various torture scene reconstructions. Among the torture instruments there is an Iron Maiden, the Inquisitor's Chair of Torture, the Pear of Anguish,  the Knee-Breaker, the Spanish Boot, and other tools, demonstrating how limitless one's imagination can be in the field of brutal torture and causing someone to suffer. The exhibits constitute a true anthology of all kinds of crimes committed by various countries' governments against the simple folk during the medieval times.

Once in a while, the museum organizes special exhibitions dedicated to a particular country's beloved ways of torture. Comparing to other European torture museums the atmosphere here is not so bleak, however this place is well worth visiting, because San Marino's exposition presents less-known instruments, such as a skinning device – Gatta da Scorticamento and the Heretic's Fork.

The most prominent prisoner in this place was the alchemist Count Cagliostro, who was imprisoned in a cell the size of walk-in wardrobe until he went raving mad and died.

Besides the torture part, the museum also has a wax figures collection representing 100 important historical characters from all over the world.

In: horror, museums and collections, medieval

Read more about San Marino off the beaten path 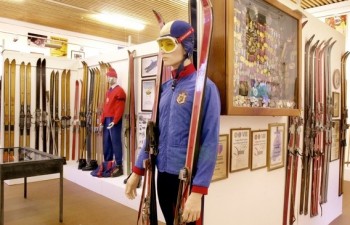