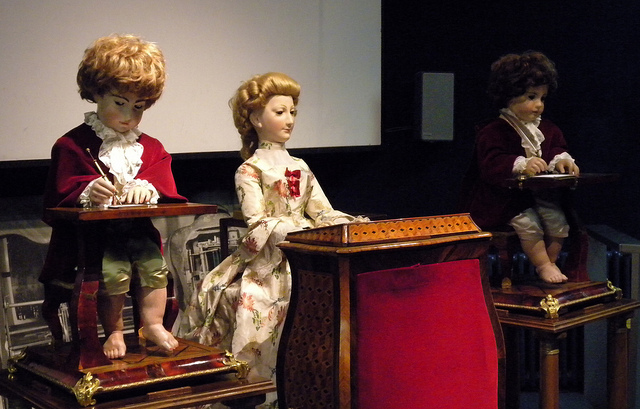 The unique Jaquet-Droz doll-machines were created back in the 18th century, and they are still working.

Pierre Jaquet-Droz, the famous watchmaker and an engineer, was born in 1721 on a small farm  called Sur-Le-Pont, located in the vicinity of the town of La Chaux-de-Fonds. He was the founder of one of the most prestigious brands and became a skilled creator of animated clock with singing birds and fountains, musical clocks, as well as automatons.

Once, Pierre Jaquet Droz met with Milord Marechal, the governor of the principality of Neuchatel, who advised him to showcase his mechanical masterpieces abroad, particularly in Spain, where Marechal could help him arrange a meeting with the king. Encouraged by his support, Pierre Jaquet Droz, together with his father and  a younger worker Jacques Gevril produced a special tent, which housed six of the pendulum clocks, and went to Spain in 1758. Pierre Jaquet Droz was allowed to show these creations to the King of Spain, Ferdinand VI. This presentation was a real triumph for the master - the monarch and courtiers were amazed by the clocks that were able to work automatically, without any outside interference. A few days later the master received a big payment and all of his clocks were purchased for the royal palaces of Madrid and Villaviciosa. 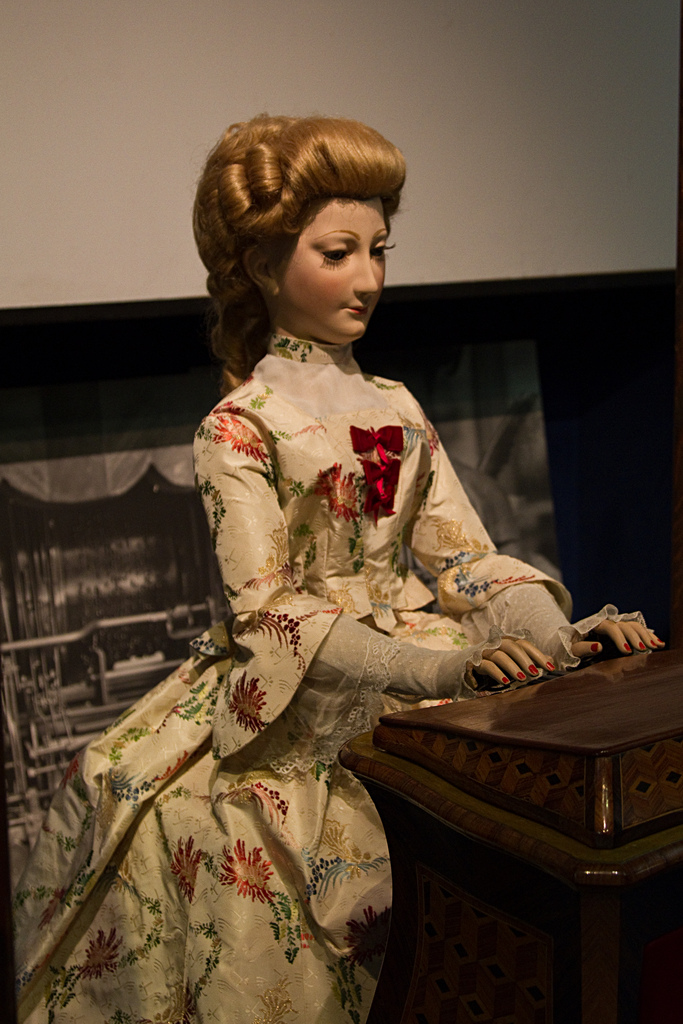 Because of these large earnings, Jaquet-Droz  was able to devote himself to the production of handheld and desktop clock, as well as the creation of the famous automatons.  Since 1773, he and his partners produced more and more sophisticated automatons. The highest degree of skill has been achieved with the production of three doll automata: the Musician, the Draughtsman and the Writer. Their presentation was held in La Chaux-de-Fonds in 1774.

These masterpieces provided such a resounding success that it finally convinced Jaquet-Droz to present them around the world. The  automatons went to Geneva, and then, in 1775, to Paris, where they were shown to Louis XVI and Marie-Antoinette. After that, the automatons visited all the major European royal courts, including London, Netherlands, Flanders, and the north of France.

The automaton "Writer" gives the clearest representation of the level of Swiss mastery. Pierre Jaquet-Droz started its creation in 1768, parallel to conducting research in the field of mechanics of animation and motion simulation of living beings by technical means. This automaton was worked on together with  Jean-Frédéric Leschot  and Henri-Louis Jaquet-Droz, who later made ​​some modifications to it. The automaton is about 70 cm tall - it is a boy sitting on a stool at the table of mahogany. Its mechanism consists of over 6 thousand parts, and it is the most complex of the three earlier mentioned automata. It can be programmed to write any text of 40 characters, ranging in three lines. It dunks the  quill in the inkwell with his right hand, turns his eyes toward the pen, shakes his head and begins to write a text on a moving piece of paper. It is quite a spectacular view, considering that this automaton was created nearly 250 years ago and still works fine.

In the Jaquet-Droz museum in Neuchatel the automatons are started up on the first Sunday of every month, so that the museum-goers can marvel at these beautiful machines. These automata are considered to be the earliest ancestors of the modern day computers.

Gallery: The Automata museum of Jaquet-Droz

In: museums and collections, dolls, automata

Read more about Switzerland off the beaten path 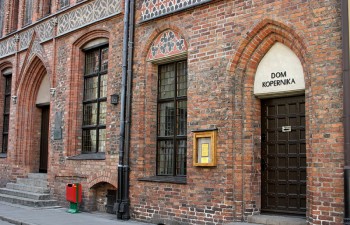