The bombastic decor of Craters restaurant 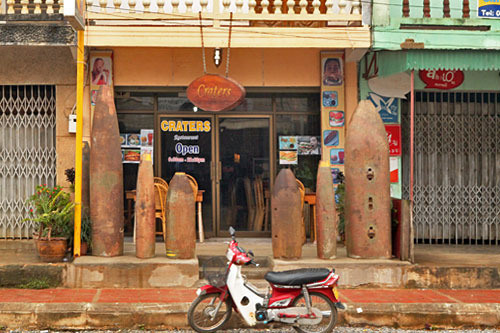 How would you like to have lunch surrounded by bomb fragments? Located on the border of Laos and Vietnam, Craters restaurant is  unique because of its weird décor – giant bomb debris on the sides of the patio. The restaurant's cuisine is multinational – there are traditional Eastern dishes as well as Western fast food.

For those who come here without knowing the history of the place, the decor might seem a bit scary. However, if you know what it's all about, the meaning of it becomes quite clear. During the Vietnam War, Phonsavan city in Vietnam was completely destroyed. The US military were sure that Viet Cong army fled the country to Laos through Phonsovan. Because of that, US forces dropped 500,000 missiles on the surrounding countryside, making it one of the most affected by bombing areas in the world.

After the war, people returned to Phonsovan and began rebuilding the city, often using in bomb remains for construction. Ironically, now the restaurant serves tourists from the country that once left the city in ruins. In fact, Craters is a restaurant that uses the military history of the city and sends out a certain message, making tourists happy by providing an unusual background for their photos.

In: interesting design, bizarre restaurants and bars, horrors of war 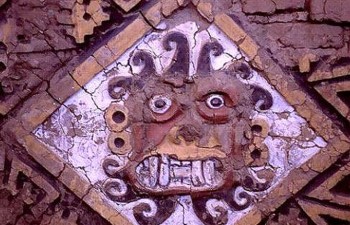