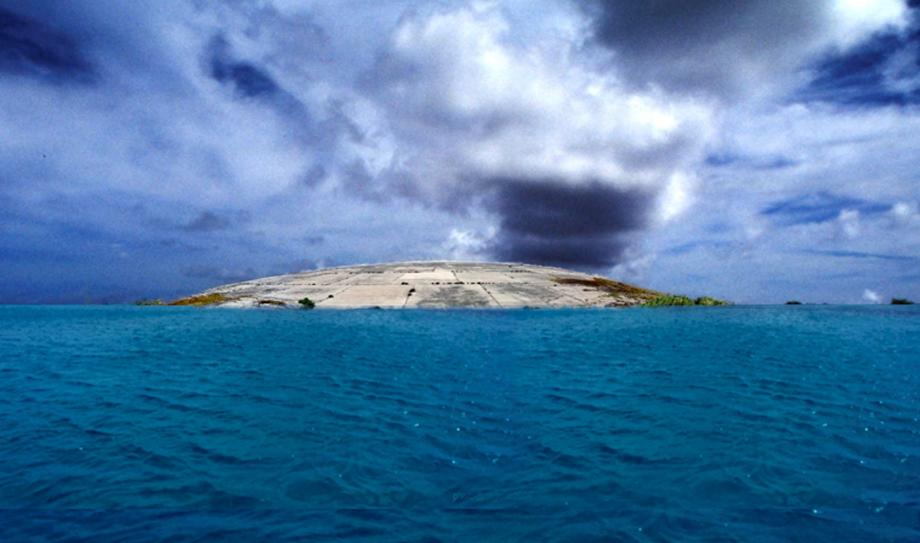 Since the Second World War, the United States conducted more than 1,000 nuclear tests, mainly on the Nevada and Pacific test sites, as well as in other places near the continent. More than a hundred of these tests were conducted on the Marshall Islands.

Enewetak Atoll is a large coral atoll, consisting of 40 islands in the Pacific Ocean, located 305 kilometers west of Bikini Atoll. Enewetak was the main test bed for nuclear weapons after the Second World War. Before Enewetak was under control of the United States, it was under the rule of the militarist Japan. They used the atoll as aircraft refueling stops.  After being captured by the US, the atoll became the best base for the US Navy. Later the island was evacuated to conduct nuclear tests.

Between 1948 and 1958, the atoll survived 43 explosions, including the first hydrogen bomb test in late 1952 as a part of Operation Ivy, during which one of the atoll's islands, Elugelab, completely disappeared from the face of Earth.

The program of Enewetak's decontamination began in 1977. In 1980, they completed building the Cactus Dome sarcophagus, which covers the funnel from Cactus bomb tests performed in 1958 during the operation Hardtack I. The bomb's capacity was 18 Kt, and the funnel after the explosions is 100 meters in diameter. The area covered by Cactus Dome contains radioactive soil brought to this artificial crater from all the corners of the island. It took the US armed forces three years to mix more than 85,000 cubic meters of contaminated soil with Portland cement and bury it in the 106.8 m wide and 9.15 m deep crater. This project's cost was $239 million dollars.

Not far from the Cactus Dome, there is another funnel – the result of 40 Kt Lacrosse bomb explosion during the operation Redwing in 1956.

After the completion of the dome,  the United States government announced that southern and western islands of the atoll  are safe, and the inhabitants of Enewetak returned home. Today, you can visit the dome with a guided tour.

Although some of the atoll's islands have been repopulated, radiation continues to affect islanders' health  - radiation sickness, miscarriages, deformities, cancer – during the last 40 years, US government paid out $400 million as a compensation, and continues to spend $6 million a year towards  the education and healthcare of the atoll's inhabitants.

Runit, the place with the Cactus Dome, was announced safe in 1980 as well, however, scientists say that the island remains unfit even for roaches. The dome is gradually deteriorating. In 2008, scientists pointed out that it already has a crack 15 cm deep. The dome rises above a deserted island, which could been a tourist haven.  However, some tourists are not afraid of radiation and still visit the island.

Read more about Marshall Islands off the beaten path