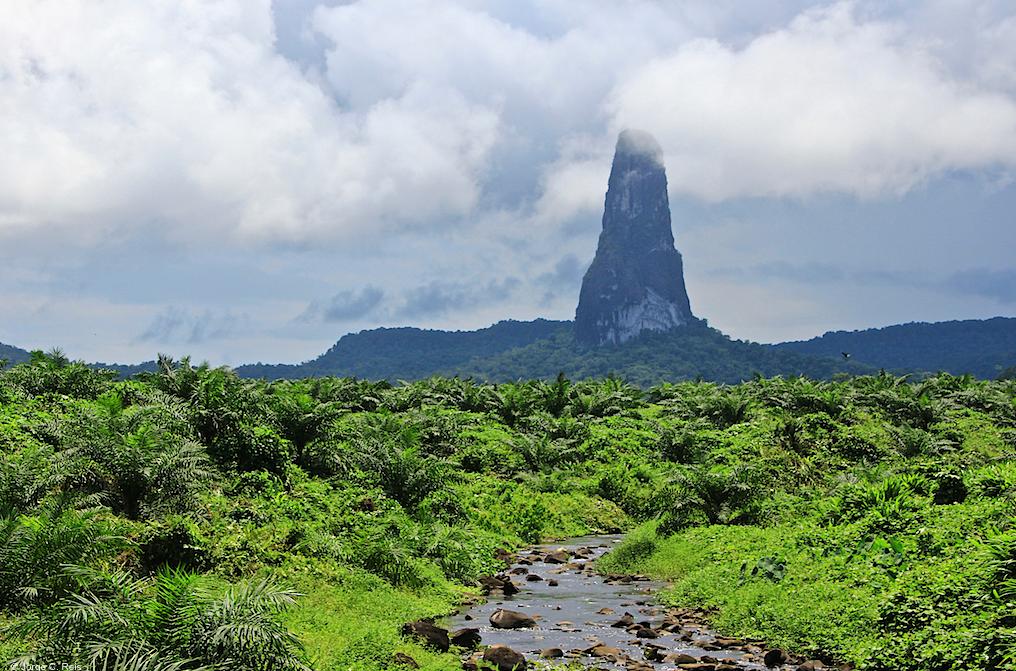 If you are familiar with Stephen King's Dark Tower epic or Tolkien's Tower of Mordor, you will be surprised to know that a black tower like that actually exists in São Tomé and Príncipe.

Pico Cao Grande - is a 300 meter tall needle-shaped volcanic peak located in the Gulf of Guinea, in Obo National Park, on the island of São Tomé. It is one of the highest volcanic plug peaks on Earth. The name "Pico Cão Grande" means "Peak of the Great Dog." The top of the volcano, often hiding in the clouds, is covered with giant ferns and lianas, and became a nesting place for birds, as well as home to some species of black snakes.

The surrounding jungle with its heavy mist makes the peak look even more surreal and straight out of a fantasy world. The animals that like to hang around the tower, or should we say, the familiars of the dark forces, are Leatherback Sea Turtle and the Giant Treefrog.

Mountain climbing enthusiasts will find this peak especially hard to climb because of the thick mist surrounding it and because the rock is very slippery due to humidity.

Read more about São Tomé And Príncipe off the beaten path

Find more off the beaten path near: Caue Principe