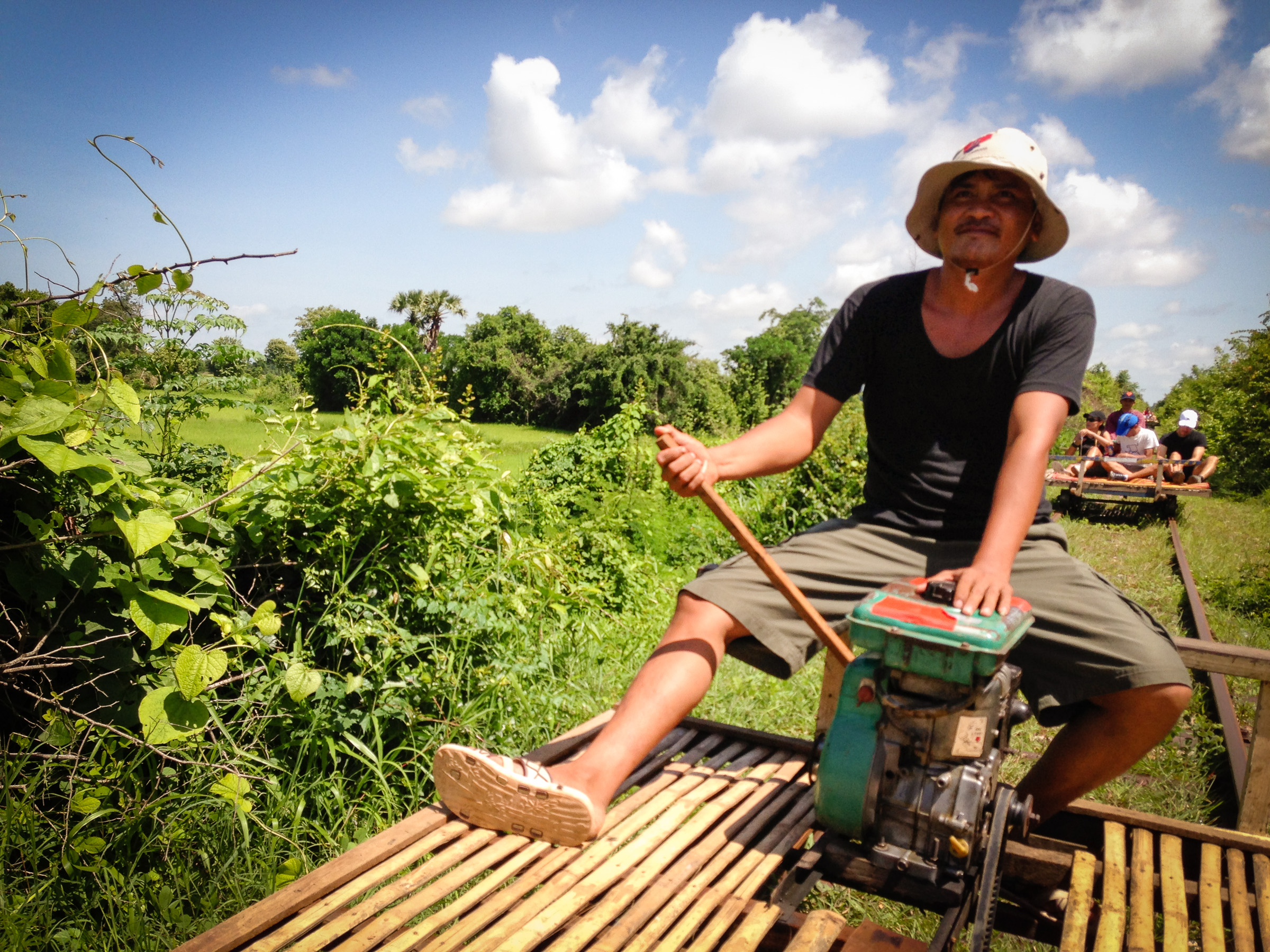 Between Battambang and Poipet in Cambodia there is an old abandoned railroad from the French era, which is used by improvised bamboo trains  -  norries in Khmer language. These rail vehicles consist of only one car and can be assembled in 10 minutes by stacking a bamboo platform atop two wheelsets and powering it with a diesel generator.  The railroad has only one track, so when one norry meets another norry, the one that has less passengers has to be removed from the road and give way to the other.

The railroads in Cambodia have been in a terrible state for years, and real trains ran very seldom and very slow. In 2009 all train services were suspended, because the railroads had to be rebuilt.  This caused major transportation problems for the citizens of distant provinces, who needed to travel to other cities and villages to transport goods and medicine. Traveling by motorbike was not really an option - the roads in Cambodia are not the best, gasoline is quite expensive, and you can't transport much with you. That's when norries came in handy.

According to the official journal of the Ministry of Tourism of Cambodia, the bamboo train can travel at a speed of nearly 40 km/h and can accomodate one tourist, a driver and a motorbike. However, norries are usually packed with Cambodians, livestock and sacks of produce, and the ride may seem quite extreme for an outsider – besides that you are partially hanging off the bamboo train, it also bounces up and down on any uneven surface or missing tracks, of which there are plenty.

The bamboo trains served numerous provincial towns connected with railroad.  You could take a norry to the capital of Cambodia, Phnom Penh. In the recent years the government of Cambodia started renovating more railroads and disassembling the old tracks, and  the number of bamboo trains grows smaller.  At the moment there is still a bamboo train ride in Pursat, which goes southeast out of the city for an hour for a fare of $5 per person.

Read more about Cambodia off the beaten path 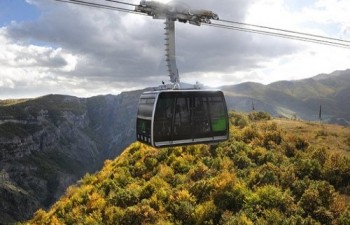 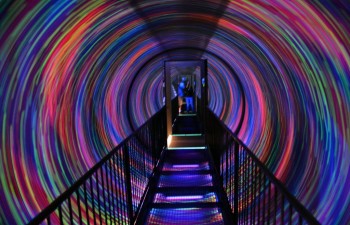