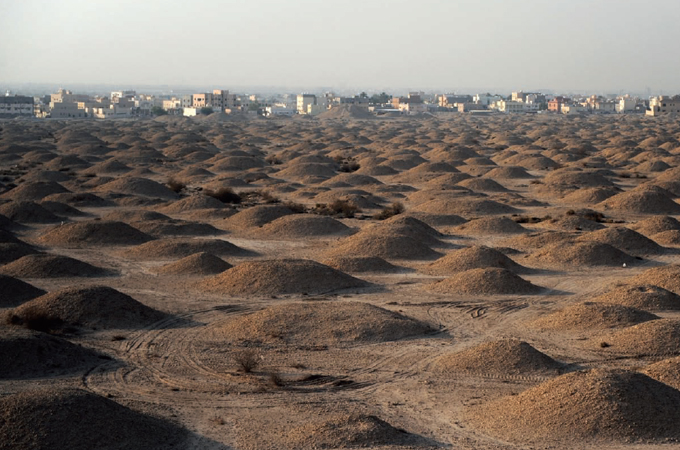 Bahrain has thousands mysterious ancient burial places in the north of the island, called Dilmun Burial Mounds. These necropolis areas are an archaeological wonder left over from the 4,000 year old Dilmun civilization, and they are considered the largest cemeteries of the ancient world. Sumerian literature referred to Dilmun as “the abode of the blessed”, and most likely, considered it an elite burial place.

There are approximately 350,000 ancient graves which could have been produced by the local population over thousands of years. Most graves are found around the A'ali village. The mounds date from 2050BC to 1750BC. The tallest mounds are 15m tall and 45m in diameter, and are referred to as the “Royal Tombs”. The graves do not belong to the same era, and are different in style and size. Some burial mounds have multiple chambers with several people, and some have only one person buried in them. The bodies are usually accompanied by household items and copper weapons. Bahrain National Museum continues researching the graves to establish a timeline linked to the variations of the graves.

Ancient graves are a real treat for the archaeologists, because they are the direct and the frozen reflection of the lives people lead during a period of time. No other historic site is able to preserve attributes of ancient individuals' lives in the same way. Unfortunately, by now, 90%  of these funerary hills fell victims to housing and were demolished to make room for residential areas. Attempts to protect burial mounds from being destroyed are rejected by religious fundamentalists who consider them unislamic and have no problem covering them with a layer of concrete. In 2005, the leader of the salafist Asalah party, Sheikh Adel Mouwdah, said "Housing for the living is better than the graves for the dead. We must have pride in our Islamic roots and not some ancient civilisation from another place and time, which has only given us a jar here and a bone there."

Although Bahrain feels that they have to preserve the remaining mounds, some experts say that the damage has been already done, and it's too little too late.

Read more about Bahrain off the beaten path

Find more off the beaten path near: Manama 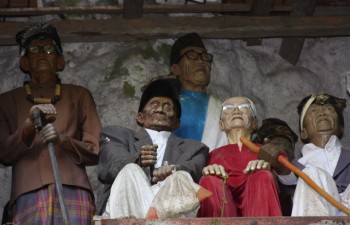