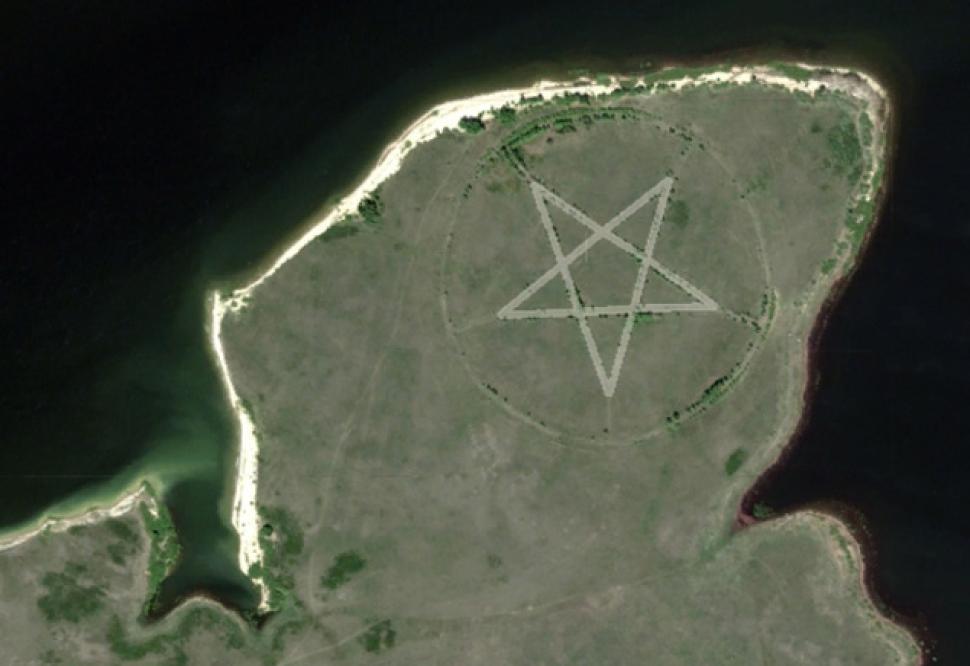 A massive pentagram-like figure captured from the aerial view of Kazakhstan stirred up the imagination of conspiracy theorists, bloggers, Christian warriors and news sites. It is etched into the Earth's surface in the remote corner of the country, Lisakovsk, and can be seen on Google maps.

Needless to say, theories about this mysterious symbol were plenty. After all, a pentagram is a very popular symbol, which has been used by Pythagoras, pagans, masons, Mesopotamians, wiccans, satanists and other modern day followers of all types of teachings. But, of course, since devil-worship is more exciting to write about, a good chunk of “hypotheses” about the evil pentagram reported it being a definite work of the Devil himself, probably causing the body of the late Anton LaVey to turn over in a coffin a couple of times. Conspiracy theorists smelled something fishy as well and came up with their own assumptions about the secret government collaborations, missile sites, a hidden bunker site belonging to the Church of Scientology and what not.

Maybe due to the long Cold War period, or lack of accessible literature on Soviet Union history, no one from the Western world tried to relate it to a simple symbol of Soviet Red Star, which you can still see on some old trains or memorabilia. It took an archaeologist with years of experience, Emma Usmanova, to explain that the star was a popular symbol during the USSR days, and there was no need to panic. Kazakhstan was a part of the former Soviet Union until 1991, and stars were used to decorate buildings, flags, and monuments. The site of the pentagram was probably a planned construction of a summer camp, which never happened.

Regardless of the more plausible and sane explanation, avid Christians continue desperately seeking Satan and talking about Russo-Kazakh evil rituals, and conspiracy theorists probably know by now that Emma Usmanova is just another blood-sucking alien from a distant reptilian planet.

Gallery: The Giant Pentagram in Lisakovsk