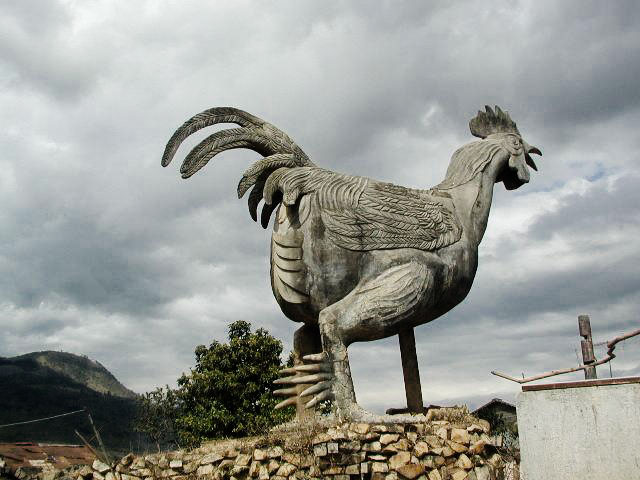 Chicken village, Darahoa, is famous for its gigantic rooster made out of concrete in the center of the village. The village is located near the highway 17 km from Dalat. It has more than 600 K'Ho people, who were forced to come down from the mountains and to adopt the Vietnamese way of life.

The rooster statue is equipped with a sophisticated decorative device to provide water for the entire village. When the water is being pumped, the statue emits rooster sounds. The reason for the gigantic rooster is a rural legend, which is similar to Romeo and Juliet story. A woman named Ho Bong of the Chill tribe from the village fell in love with a rich and powerful K'Ho hunter called K'Tien, but the man's father objected to their marriage and sent the woman on a series of quests,  one of which was finding a rooster with 9 spurs and an elephant with 9 tusks. The hunter went into the jungle to help her find those beasts, but, some days later, the woman found him dying on the ground and held K'Tien in her arms until his last breath. Overwhelmed with grief, she sobbed until she died of exhaustion and starvation.

Inspired by the legend, Lu Truc Phuong built the gigantic rooster in 1978. The rooster represents harmony and  love between K'Ho and Chill people that coexist in the village.

Read more about Vietnam off the beaten path 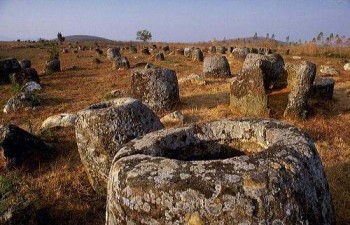