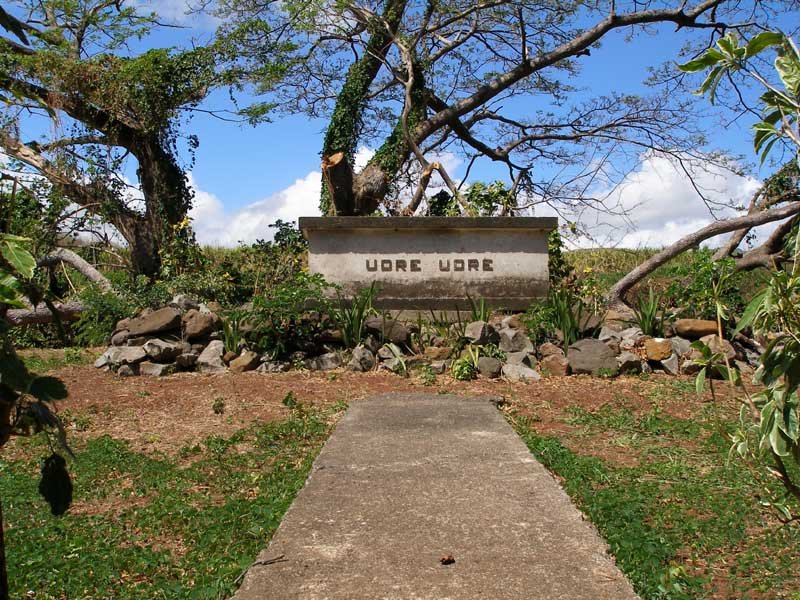 At the capital Fijian island of Viti-Levu there is a rather unusual place that attracts the ones who want to get acquainted with the history of the country. This place is the tomb of the legendary Fijian leader  - Ratu Udre Udre.  The man was known for being very fond of consuming human meat.

The famous tribal chief - cannibal Ratu Udre Udre lived in the 19th century, and had eaten around 999 people during his life. For each human meal he had, he kept a stone. Now these stones are the main decoration of the grave site in Rakiraki. The tomb of Udre Udre looks like an ordinary grave of an ordinary person who passed away. However, many local guides believe that this is where one of the traditional Fijian deities lives, looking at every visitor with eyes wide open.

Udre Udre was not the only tribal chief who ate people – there were other Fijian chiefs who ate their enemies. The difference is that Udre Udre ate the most amount of people, and he holds the Guinness World Record for “most prolific cannibal”. According to Udre Udre's son,  his dad would eat every part of his victims, and preserve what he couldn't eat in one sitting for later.  It is also believed that had he eaten his 1000th meal, he would have become immortal.

Gallery: The grave of Udre Udre - the most prolific cannibal

Read more about Fiji off the beaten path

Find more off the beaten path near: Ra Suva

Heladeria Coromoto - the best ice-cream shop in the world