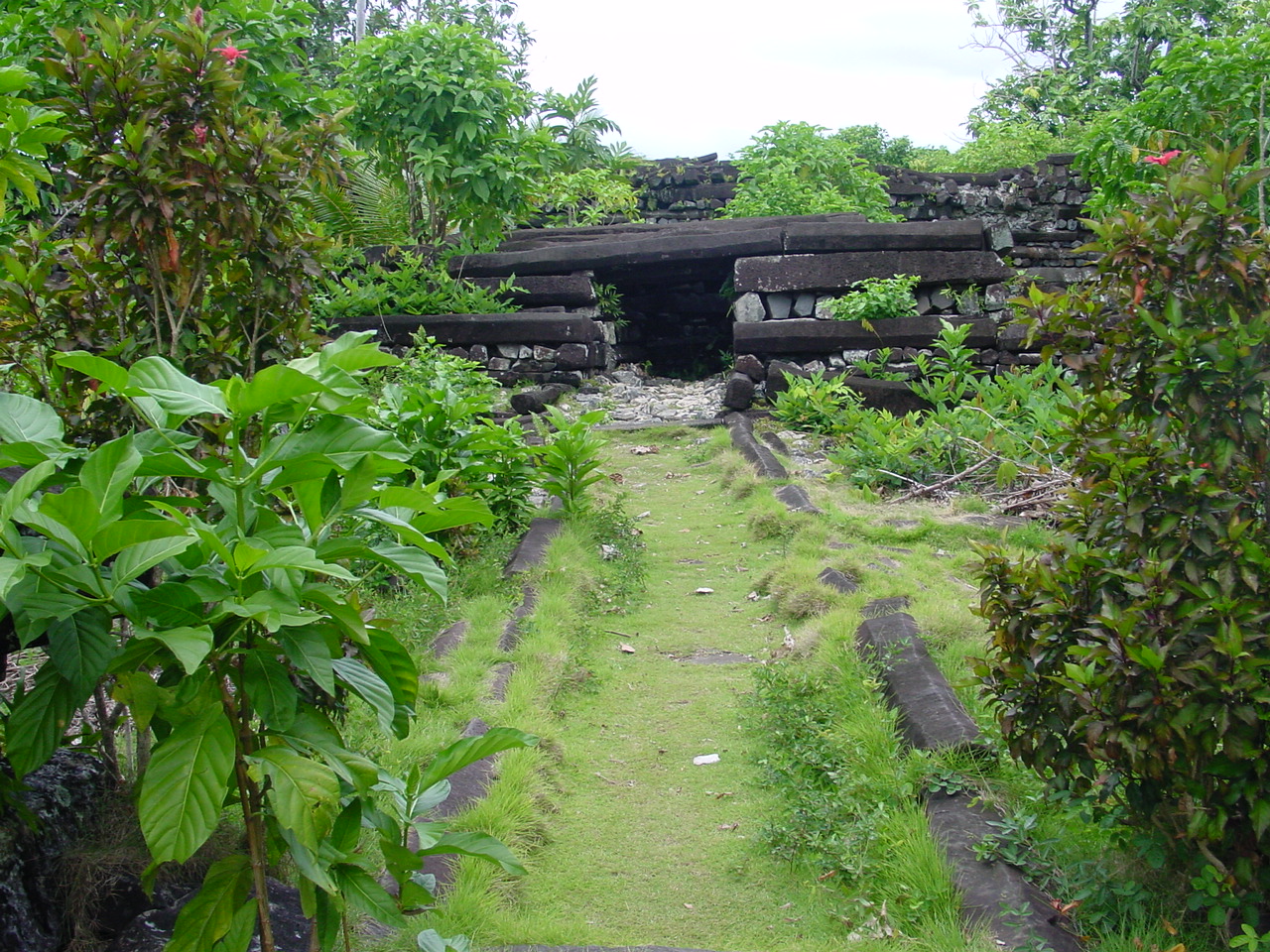 The grim and mysterious fortress of Nan Madol stands in the south-east of the island of Pohnpei  in Micronesia, astounding travelers already for 300 years. Nan Madol consists of 92 artificial square islands 350 to 8,400 square meters in size. The most fascinating fact is that Nan Madol is made of basalt blocks weighing from 20 to 50 tons, and the total weight of the construction is estimated at 250 million ton. This is much heavier than a 3 ton Pyramid of Giza in Egypt.

Pohnpei is an island of volcanic origin, surrounded by a barrier reef. According to local legend, a long time ago people from the island of Kosrae sailed here and installed a stone altar (pehi) to  worship their gods (pohn) – this is where the name of the island came from. The island has been visited since the XVI century.

Despite the steadfast work of archaeological expeditions, scientists can not explain who, when, how and for what purpose built Nan Madol. One can also note that the local Micronesians never built anything more complex than straw huts and narrow wooden bridges. According to the legend, Nan Madol was built by twin black magic sorcerers Olisihpa and Olosohpa to worship Nahnisohn Sahpw, the god of agriculture. They used a large flying dragon to levitate the huge stone. When Olisihpa died of old age, Olosohpa became the first king of the island. Locals avoid disturbing the peace of this place, because they believe that it is inhabited by spirits, and no one dares to enter the ancient fortress-city at night. Both locals and foreigners reported seeing weird wondering lights around the place. Moreover, in 1907, the governor of the island Berg died from an unknown illness immediately after excavation in one of the graves in Nan Madol. Locals say that after visiting Nan Madol, one is overtaken with perpetual horror.  There is no surprise that  this particular place inspired Lovecraft to make Nan Madol the home of Cthulhu and his hordes.

According to initial radiocarbon investigation, Nan Madol was built at the beginning of the 13th century, however, digging deeper revealed that it was already inhabited in 2 B.C. Supposedly the fortress was the capital of the Saudeleur dynasty kings, when the legendary hero Isokelekel arrived from Kosrae with his 333 warriors and took over the island.  Saudeleur dynasty was a colorful one, the most famous of them was Raipwenlake, who, with the help of black magic, was able to seek out the fattest islanders and eat them, and Ketiparelong, his wife, who ate her father's liver. Archaeological evidence states that around 1400 the civilization on the island started slowly decaying and by the 19th century the island was completely abandoned. However, the descendants of the ancient caste of priests, Nahnmwarki, continue being the keepers of Nan Madol.

Each island of Nan Madol had its own special purpose – one was residential, another for rituals, another one for mortuary activity, another had a big lake in the center to breed sea animals and so on. The houses of nobles had tall entrances and the houses of simple people had entrances so low that you would have to crawl into them on all fours.

Another spectacular fact of Nan Madol's construction is the unexplainably precise canal system between the islets and the underwater passages to the ocean. According to the legend and to the found boulders and pillars on the bottom of the ocean, Nan Madol's harbor used to be the place of even more ancient city, Kanimweiso. Some believe that this was the part of the Lemurian continent, Mu, and that Nan Madol was built in this place for evident reasons.

Although the mystery of Nan Madol still hasn't been solved, it remains a megalithic structure of an unparalleled scale in Micronesia.