The house in the middle of the Drina river 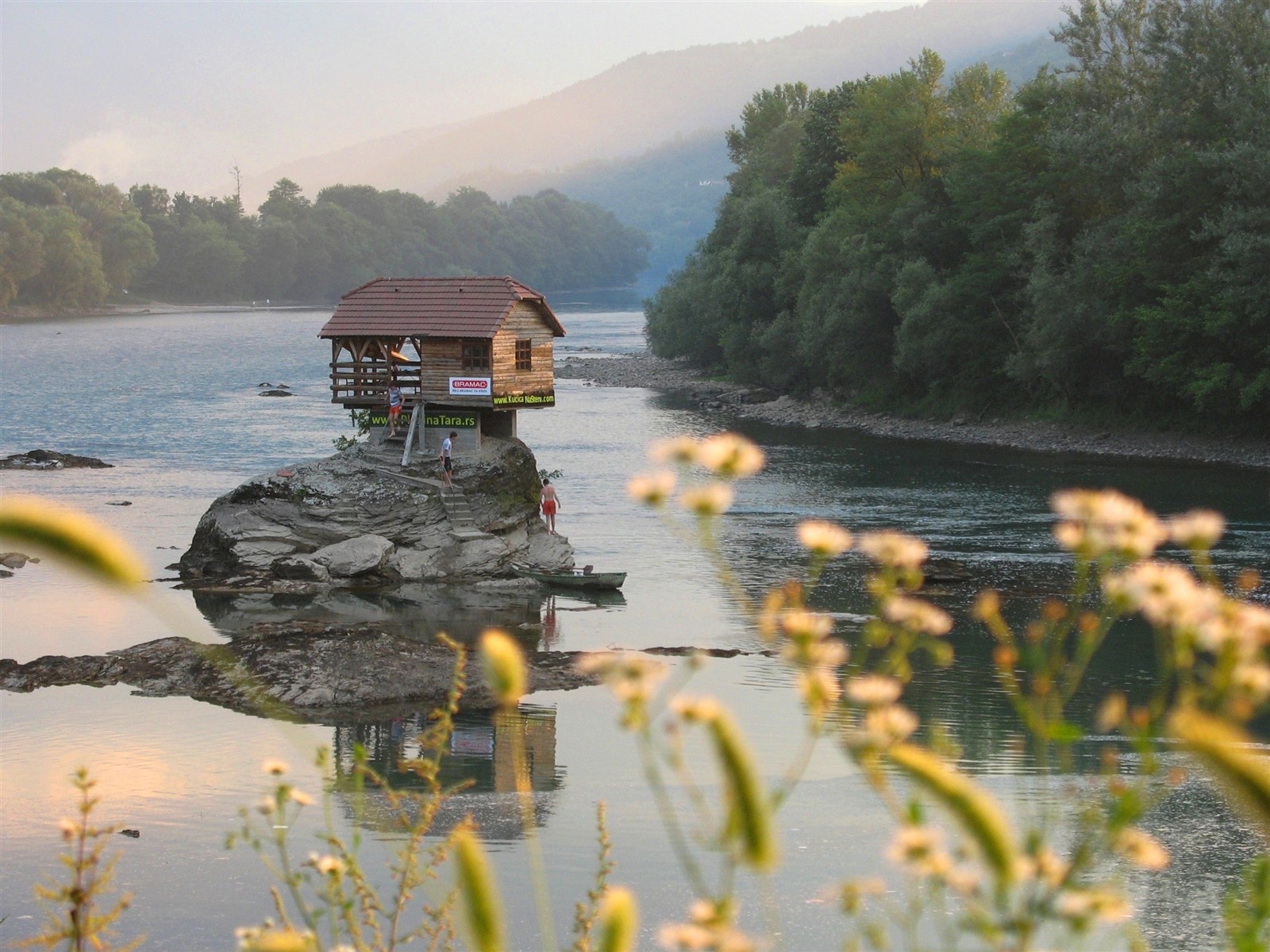 In Serbia, near the town of Bajina Basta, right in the center of the Drina river stands a tiny wooden house. The house was built by local guys just for recreation, but now it has become one of the main attractions of Serbia.

It all started about 45 years ago - some local guys liked to sunbathe and dive into the water from  the small rock in the middle of the river.  Since the rock was not very comfortable to lay on, they decided to build a wooden platform on it. But that was not enough - after all, to make it even more comfortable, some kind of shade was needed to hide from the sun. So, in 1968 these guys built an entire house on the rock, bringing wooden boards from an abandoned barn by boats or just by letting them flow downstream.

For a long time this place was only known to Bajina Basta locals,  until it was visited by a Hungarian photographer Irene Becker. Her photos of the house made it to the  pages of National Geographic, and since then the park Tara, on the territory of which the tiny house was built, is visited by many tourists from around the world.

Now, this Serbian wooden house has become a symbol of the scenic Basta region. The house was even named as one of the seven wonders of Serbia.

The house was destroyed several times due to the fluctuating water levels of the river, but the locals restored the local landmark and again, showing everyone an example of human perseverance.

Unfortunately this house in the middle of the river isn't for rent or sale.

Gallery: The house in the middle of the river