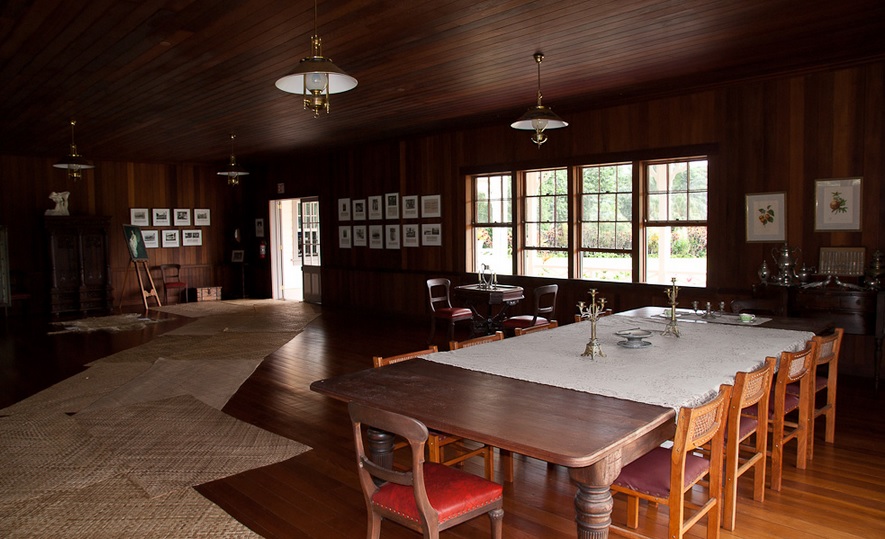 Robert Louis Stevenson, the author of many books, including  Treasure Island, Kidnapped, and the Strange Case of Dr Jekyll and Mr Hyde, spent the last years of his life in Samoa. Nowadays, Villa Vailima, where he lived, has been turned into a museum.

Born in Scotland, Stevenson did not have good health and suffered from tuberculosis since childhood. However, his  disease did not prevent him from writing or traveling. In 1888, when Stevenson was 38, he hired a yacht "Casco" in San Francisco and went with his family on a two-year journey to the Southern seas. During this time, he visited Hawaii, the Gilbert Islands (now Kiribati), Tahiti, New Zealand and Samoa.

Robert Louis Stevenson and his wife, Fanny, arrived in Samoa in 1889. The writer was seriously ill with tuberculosis, and the family hoped that the warm tropical climate would contribute to his recovery. The Stevensons bought 400 acres of land near the village of Vailima and built there a magnificent estate. The villa had five bedrooms, a library, a ballroom and the only fireplace in Samoa. 72 tons of furniture were shipped from England by his request, along with the piano, which was put in a glass case to protect it from humidity.

Whether due to his illness, or because of lack of time, the writer did not create any big literary works in Samoa. He got interested in poetry, wrote some poems and fought for the rights of the local residents. His lavish lifestyle baffled the Samoans. They did not consider writing a labor, and, since the writer had no visible way of earning money, they considered him a man of mysterious powers and of much mana, which are only granted to Samoan chiefs. The islanders gave Stevenson a local name, Tusitala, which means “Storyteller”, and he enjoyed great prestige and respect of the islanders and the colonial authorities. Over time, he became a Samoan folk hero – avenues, restaurants and hotels are still being named in his honor.

Robert Louis Stevenson died of a stroke on the 3rd of  December, 1894. He was honorably buried close to his home, in a nearby park on Mount Vaea. The granite tombstone of his grave is engraved with a quote from his favorite elegy:

The villa interior remained unchanged since the time of Stevenson. The pride of the museum is the bookshelf with  the author's books in different languages.

Read more about Samoa off the beaten path

Moussa Castle - a dream built over a lifetime