Half-sunken, rusting away and hidden in a remote bay of Solomon Islands, lies the abandoned cruise ship World Discoverer.

The ship was built in 1974 and served several owners faithfully for over 25 years. In April 2000, the ship ran into uncharted reefs in the Sandfly Passage near Solomon Islands. The captain sent a distress signal for help, and soon all the passengers were evacuated to local ships. Captain Oliver Kruess sailed the ship into a quiet Roderick bay after it began to list 20 degrees, so that it could survive the oncoming storm. Unfortunately, that bay has become the last refuge for the World Discoverer.

Any attempts of repair or retrieve the ship were stopped after locals stole everything of value from the vessel during the civil war on the islands, and restoring the ship became too costly.  Besides that, the ocean damaged the ship further and caused it to rust. The World Discoverer sits in Roderick Bay on Nggela Island to this day, slowly crumbling into the ocean and attracting tourists by its slow decay. It can still be seen on Google Maps.

Gallery: The unfortunate fate of the World Discoverer

In: ruins, disasters, nature vs man

Read more about Solomon Islands off the beaten path 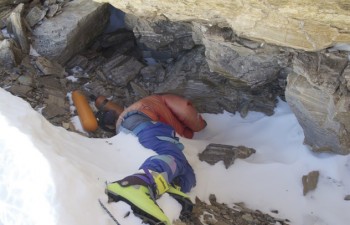