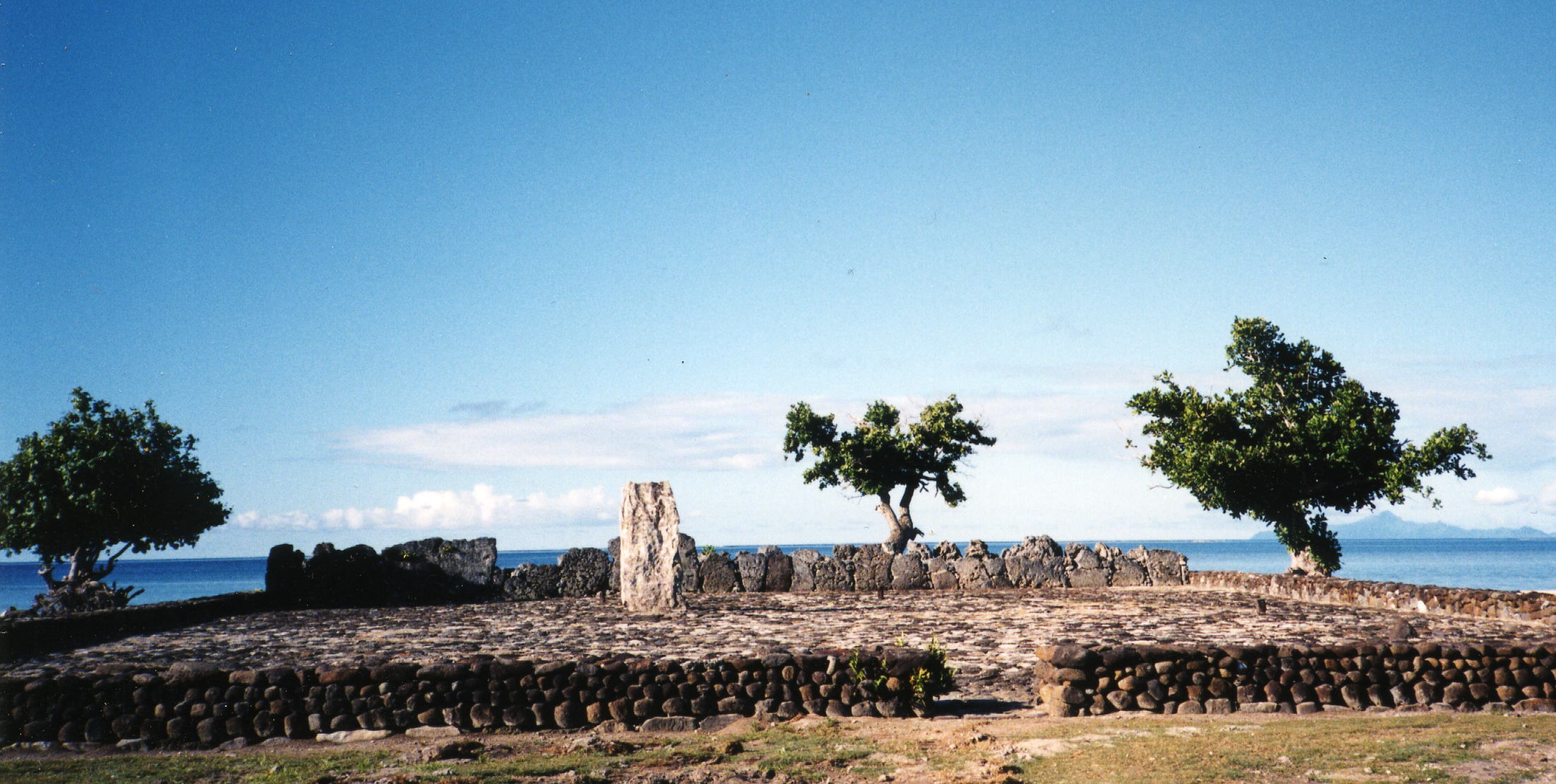 Arai Te Tonga is the most sacred place on Rarotonga, Cook Islands, where various ceremonies were held for generations, inspiring joy and awe in the locals.  Since 1250 AD, the sanctuary was owned by the ruling Makea family, which originated from Samoa. According to the legends,  two groups of people on canoes met in the ocean, looking for new lands – one group was 400 Takitumu people from Tahiti, and the other one was people from Samoa. Takitumi's leader, Tangi'nui, found the beautiful island of Rarotonga, and conquered the Polynesians that lived there already. The group of Samoans, led by Kariki, showed up later and became allies with Tangi'nui.

Tangi'nui decided to build various marae – sacred places, and other structures along the 29 km long ancient road, called Ara Metua, that already existed on the island. The road was paved with basalt or coral slabs. In exchange for Samoan alliance, Tangi'Nui agreed that they will obtain the sacred land with the first marae and that Kariki's family, Makea, will be the island's ruling family.

Arai Te Tonga was the first marae, and, according to the agreement, belonged to Makea family. Marae served as a place to represent the power of gods and the chiefs that ruled the villages. Arai Te Tonga was a public and a frequently visited place – after all, the main road of the island went through it. The chiefs of Makea lived next to Ara Metua road, and their stone seats were aligned by the road for ceremonies, which hosted chiefs of other families of the island.

Many parts of Arai Te Tonga are still preserved, as well as the megalithic road of the island. There is a 3.5 m long, 2 m wide and 0.2 m high platform, which was the base of a wooden structure, where the chiefs sat during the ceremonies. The stone seats along the road are still there as well – where the main chief sat to receive gifts, together with the priest next to him. There is also a basalt maringi-toto slab, where lay the heads of humans sacrificed to gods. Another important 2 meter high stone, tau-makeva, was supposedly brought from Hawaii, and served as a place where the new chief was approved. He would be lifted up on the top of the stone and carried to the next marae. Besides the stones, there was a giant utu tree growing in the location. According to the legends, it had been growing there since the ancient days and until the early 20th century. Now you can only see the remaining stump.

Read more about Cook Islands off the beaten path

True Kafir said on Aug 09, 2015
The 1st photo of the platform by the sea with the 3 trees is not Rarotonga = there is an island in the distance and there are none like that in Rarotonga . I think it is in French Polynesia