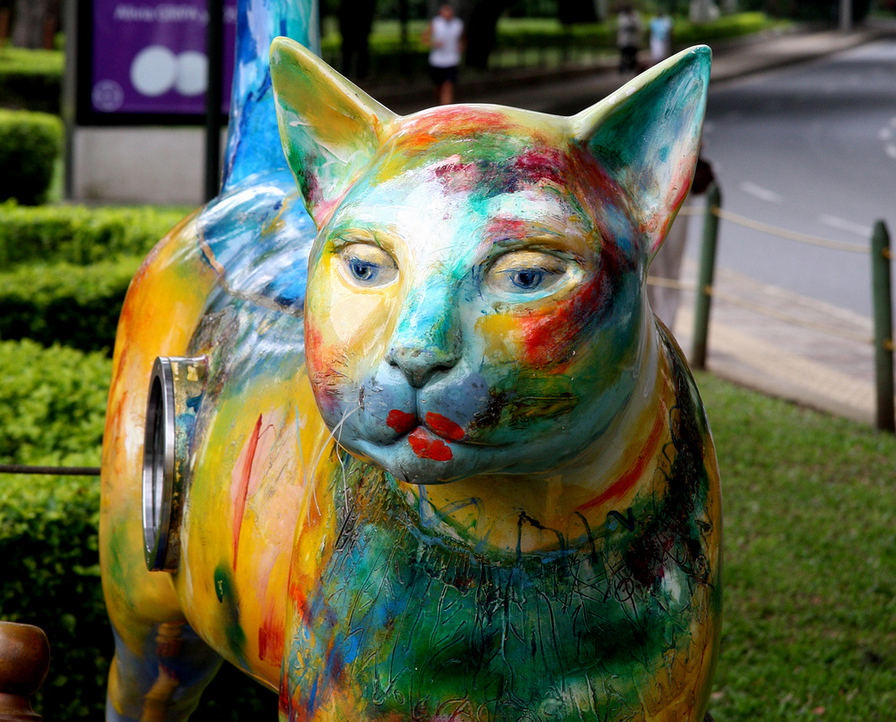 Cat park in Cali, Colombia is a very charming place to visit, especially for cat and/or sculpture lovers. The park got its name, Parque del Gato, from the creator of a giant bronze cat sculpture, Hernando Tejada. The giant sculpture, called El Gato Rio – the River Cat, was erected on the banks of Cali River in 1996. El Gato Rio was created in Bogota and transferred to Cali, which already sounds like an impossible feat – the giant cat is 3.5 meters tall and weighs 3 tons. In Cali, the sculpture became the centerpiece of the newly renovated park by the river.

The River cat became so popular that other local artists decided to rid it of loneliness and make him some new buddies. Soon, El Gato Rio was joined by more feline friends wearing all kinds of funky coats and made out of various interesting materials – like the fiberglass cat, the superstar cat, the spiked cat, the golden cat and more, made by artists like Alejandro Valencia Tejada, Mario Gordillo, Nadin Ospina, Oma Rayo and Maripaz Jaramillo. Interestingly, all of the sculptures are cast in the same shape – the variations are in color and decoration.

Read more about Colombia off the beaten path 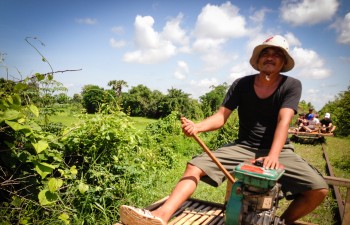