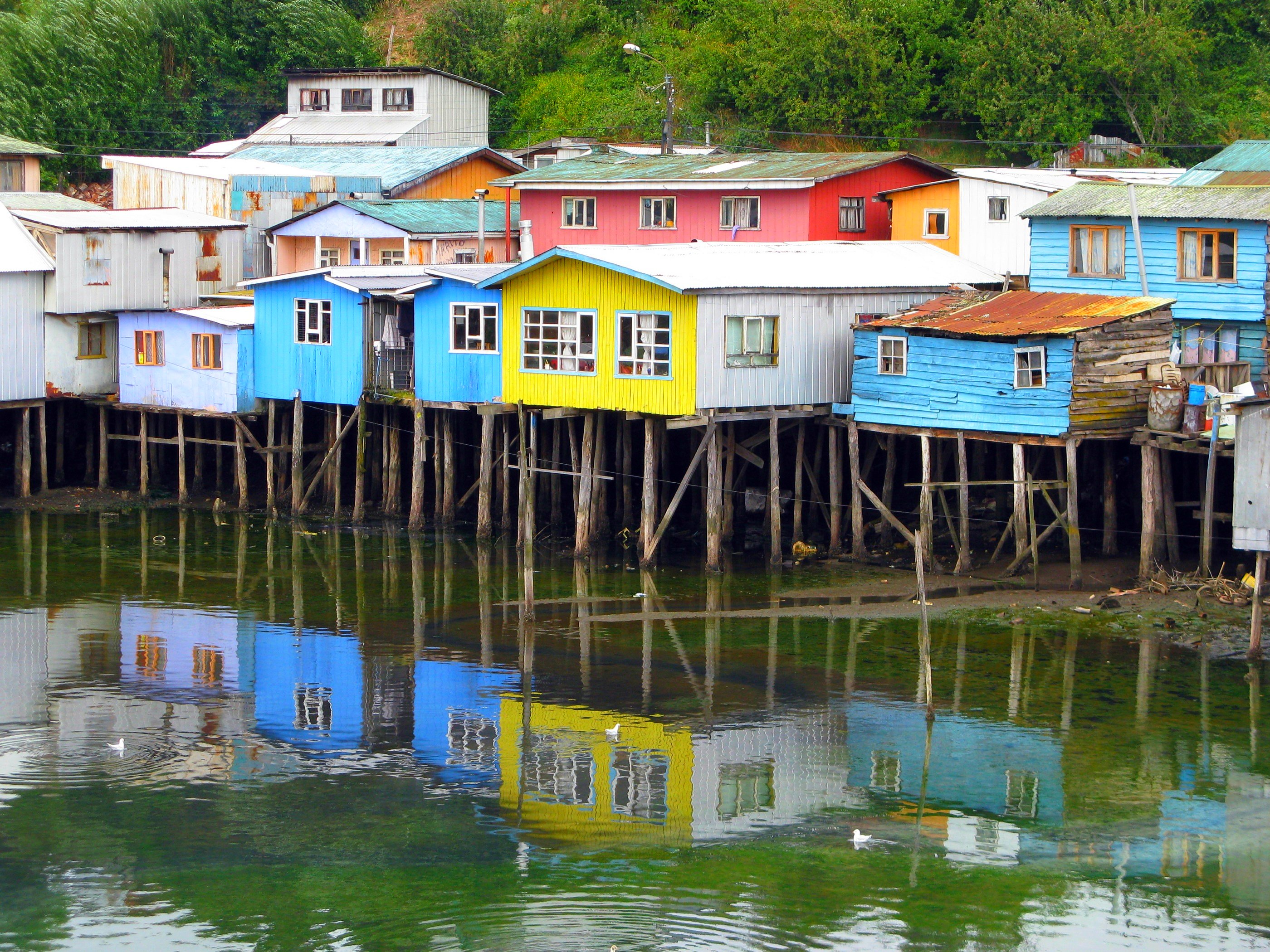 Chiloé Archipelago is a rich in folklore magical part of Chile with magnificent views and extraordinary atmosphere, which is not visited by tourists that often. The island is located pretty much at the edge of the world – south end of Chile in the Region of the Lakes. The island was populated since 5000 years ago, and it was originally inhabited by Mapuches-Hulliches, Chonos and Caucahues.

The most popular sight on the islands are UNESCO World Heritage wooden churches. Chiloé is a deeply traditional place, which preserved its own mythology and customs due to being isolated from the rest of the land. As well as myths and legends, Chiloé's architecture and foods are quite unique for the same reason. There is only one food from Chiloé  that gained recognition of the whole wide world, and, it is, of course, the potato. Yes, this is where the home of the modern potato is.

The archipelago is famous for its legends of the sea, witch cults and bloody tales. One of the most important myths of Chiloé is about Caleuche, the ghost ship, crewed by lost sailors, and used as a vessel by many witches and sorcerers who visit the islands to engage in blasphemous activities.

One of the famous dark characters of the legends is La Voladora – a misantropic witch, who doesn't even hang out with other witches, and her special power is to transform itno a bird. To undergo this metamorphosis, she has to make her body lighter by vomiting her intestines out onto a lapa – a wooden plate or a shell of a mollusc, which she must hide in the forest. To go back to her original form, she has to get back to the forest and swallow her intestines before dawn. If someone finds her intestines in the forest before she returns, she will be forced to wander the earth for a year and one day. Other local witches don't possess such powers and to fly they need a macuñ  - clothing made from the skin of virgin's chests.

Another colorful character is Invunche – a monster that protects the entrance to the sacred cave of the witches. Invunche was a first-born male child sold by his family to a Brujo Chilote – the Warlock of Chiloé . The warlock broke his right leg and twisted it over his back, sliced the sides of his body and stuck his arms into the wounds, then put a magic goo all over his body to make his body hair grow thick and black and cover him entirely with fur. In addition, the warlock split his tongue as well. Each year Invunche's body grew, he had to be placed into the skin of a bigger, freshly killed person. Invunche doesn't speak any language, he communicates in retching guttural sounds. He is fed solely by warlocks, he eats human flesh from cemeteries and drinks black cat's milk.

There are, of course, many other interesting creatures, like the Trauco – a tiny guy with a distorted face, who is irresistibly seductive, Pincoya – a mermaid who can grow legs and dance covered in seaweed, the Camahueto – a cross between a bull and a unicorn, that carved Chiloé's terrain – all of these and more you can see in the mythology corner of the Municipal Park in Castro, the capital of Chiloé. Besides the sculptures of the local mythical characters, the park has stalls with all kinds of dishes of the local cuisine and surreal handmade crafts. Needless to say, the seafood in  Chiloé is excellent.

The annual Festival Costumbrista Chilote is held in February, where you can learn all about the island's folklore, traditions and sample some amazing foods.

The overall atmosphere of the island goes well with its mythology. Instead of regular-looking hotels on the shoreline you have huts on stilts - palafitos, covered in seaweed brought by the tide. If you are looking outside from a palafito when the tide is high, it feels like you are on a boat. When the tide is low, the area around the hut becomes practically unrecognizable for the outsiders – this is the place to experience the true power of the tide. When the mists cover the forests and beaches, you truly feel on the edge of the world. There is not much beyond Chiloe – just Tierra del Fuego and the icy Antarctica. When the day is sunny, the whole mood of the islands changes – the seaweed shines in the sun and the landscapes do not seem so desolate.

Gallery: Chiloé - the magical place at the edge of the world

Read more about Chile off the beaten path