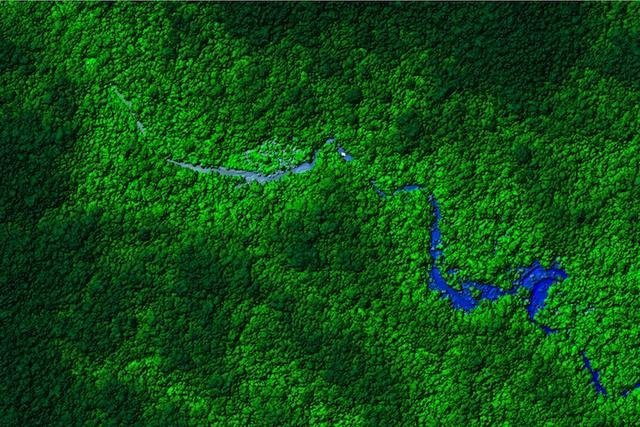 The Legend of the White City in Honduras or Ciudad Blanca originated from short fragments of different stories. In the 20s of the XVI century a conquistador, Hernán Cortés, wrote to the King of Spain, Charles V, about the incredible wealth of one of the conquered territories' provinces, the capital of which was the golden White City (Ciudad Blanca).

In 1544, another Spaniard, Cristobal de Pedraza, the bishop of Honduras, said he caught glimpses of the White City during his travels. Later he wrote in his memoirs that guides told him about the inhabitants of this city, whose wealth was so great that they even ate from gold plates. Since then, the legend continued to grow – Ciudad Blanca was believed to be the birthplace of the Aztec god Quetzalcoatl, although Mosquitia region, the supposed location of the legendary city, is quite far from the location of Aztec Empire (present-day Mexico). Jungle travelers reported seeing a large city with golden idols lost in the jungle.

In the beginning of the last century, the interest in the White City re-emerged. Mosquitia region in Honduras started being explored again. Unfortunately, archaeologists found nothing.

The most sensational discovery was made by Theodore Morde, who said that he had found ruins of giant structures deep in the jungle. According to Morde, his guides told him about a temple dedicated to the Monkey God.

Unfortunately, Morde never disclosed the location of the ruins he discovered. His mysterious suicide in 1954 gave rise to a flurry of rumors, speculations, and conspiracy theories.

The legends of local Indians prohibit entry to the lost city and disturbing the indigenous gods, who have sought refuge in Ciudad Blanca.

In 2012 an American filmmaker Steve Elkins and his colleagues made another attempt to find the lost city. Elkins and his team flew above the Mosquitia rainforests and scanned the area using laser radar (LiDAR). Based on the recorded data, the researchers created a digital map of the area beneath the vegetation.

According to the archaeologist Chris Fisher from the University of Colorado, the outlines of the scanned objects on the map are roads, canals and hills, probably hiding the remains of houses and places of worship. This way, two large settlements and about 100 small ones were discovered. Fisher believes that what Elkins discovered was not remains of the legendary Ciudad Blanca. Neither there is an indication of abundance of gold, nor traces of alien activity, however, this discovery is still valuable for archaeologists.

Since the ruins of the ancient settlements are located in very remote places, there is a very small chance of looting. In addition, Elkins and the team did not disclose the exact location to the public to prevent any interference. They are planning a ground expedition to the mysterious ruins of the city.  They intend to get to the place by helicopter, and then try to walk through the impassable jungle. No one is expecting to find untold treasures, of course. According to Elkins, their goal is to conduct excavations of the ancient ruins of bygone eras. The shining Ciudad Blanca remains an unattainable dream for now.

There are guided cross-country tours through Mosquita jungle for the curious adventurers.

by "The Incredible World"