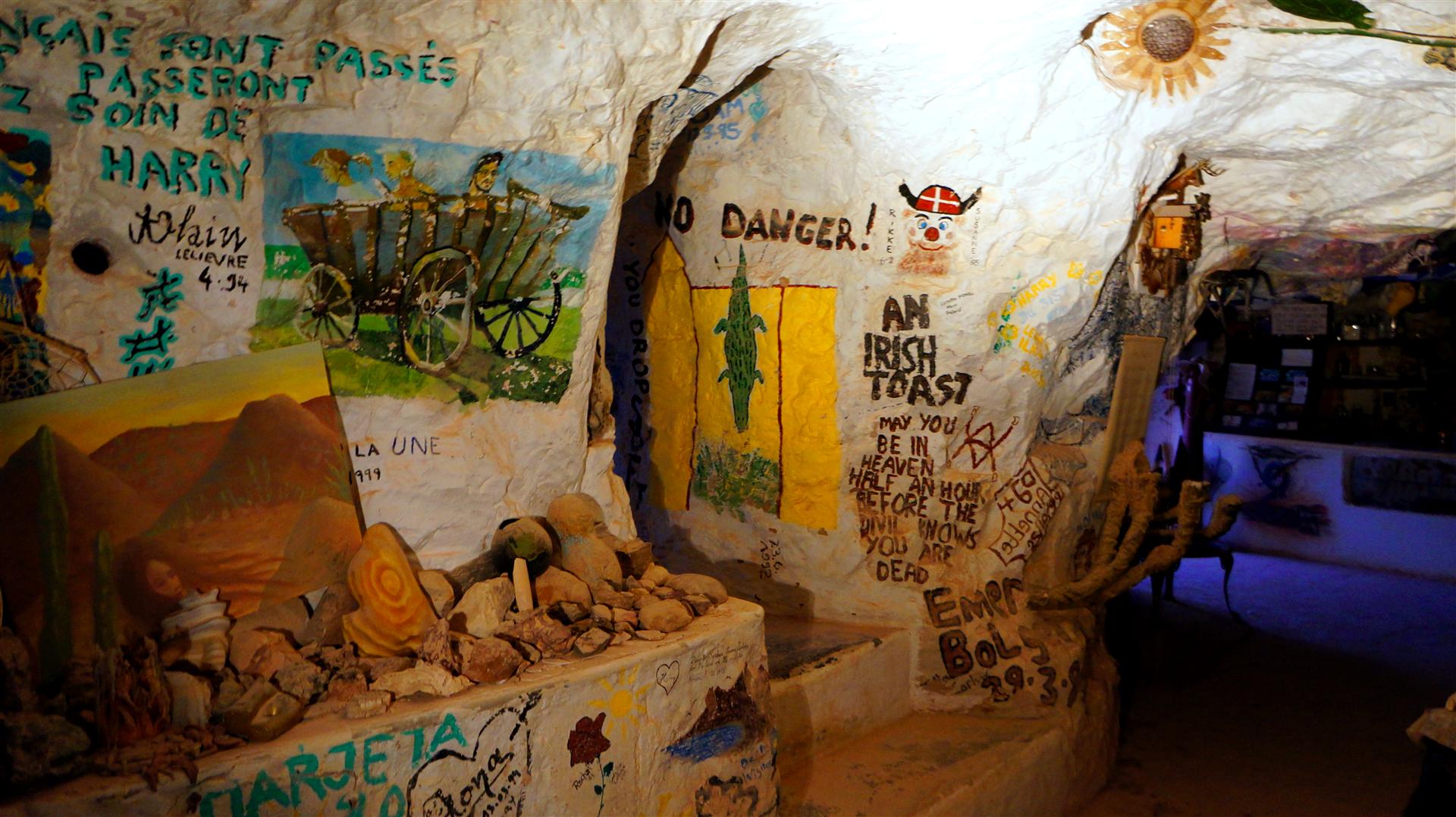 In the opal mining capital in the world, Coober Pedy, where many places are dug right out of the ground, there lived an interesting, creative, and quite extraordinary man Crocodile Harry.

Supposedly, he immigrated from Latvia after the WWII in the 50s. In Latvia Harry had the title of Baron Arvid Von Blumental. After the war, he lost his title, and was forced to go to Australia. With the money he had left, Harry bought a gun and a large knife, and became the first white crocodile hunter.

In 1975, Harry moved to Coober Pedy to mine opals, in the hope of better luck.  Before coming to Coober Pedy, Harry lived in the North of Australia, washing gold, fishing, hunting kangaroos and crocodiles. Harry killed about 30,000 crocodiles in 25 years. Besides his love for crocodile hunting, he was famous for his  great love of women.

When Harry was done with opal mining, he decided to build himself this crazy-looking nest.  The walls of his dugout has lots of love letters as well as numerous panties of the women who admired him. Harry's creative imagination knew no bounds – he covered the walls with tribal graffiti and made weird sculptures – he tried to express his thoughts and fantasies differently every time he made something.

After several documentaries about Harry were made, his dugout expanded and was updated with a variety of interesting things and gifts. Lots of tourists from different countries, journalists and friends of Harry started coming there and leaving messages on the walls along with all kinds of trinkets and objects – it has become a tradition to leave something in the place.

In 1984, the place became more famous, because Mad Max 3 was filmed here. Besides that, it's been said that Harry must have been the prototype of Mick Dundee from the Crocodile Dundee movie.

Harry passed away in 2006, at the age of 80. Clearly, he's lived a very interesting life. After his death, the house remained intact and is now a museum of Crocodile Harry. You can't leave messages on the walls anymore, but there is a Visitor's book, where you can leave a note.