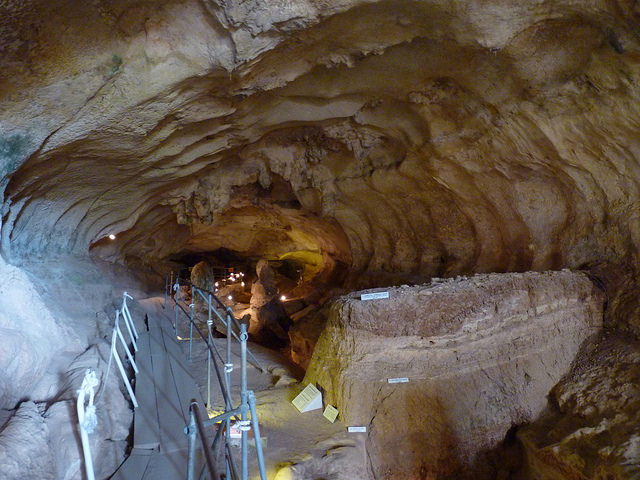 Ghar Dalam Cave, Malta Ghar Dalam Cave belongs to Malta’s oldest prehistoric sites, discovered in the 19th century. You can explore the cave, see the remains and artifacts of the first human settlers and bones of the Ice Age animals in the museum adjacent to the cave.

The name of the cave literally means ”Cave of Darkness” in Maltese. The first 50 meters are accessible to the public. Excavations revealed that the cave consists of five different layers. The lowermost layers, which are approximately 500,000 years old, contain the fossil bones of dwarf elephants, micro-mammals and birds. The next layer is called ‘deer’ layer, which dates back to 18,000 years ago. The most interesting layer holds some evidence of the first human settlement on the island from 7,400 years ago. The Neolithic Age, 5000-4500 BCE, is represented by pottery. The fossils, resembling those of Europe, prove that Malta was once connected with the European mainland rather than with the African mainland. For a reasonable entrance price you are most welcome to the world of prehistoric times.

Dwarf elephants is one of the most curious sites in Ghar Dalam – the remains of these prehistoric beasts are only found on islands – due to their isolation and the size of the island, the elephants evolved smaller body sizes - around 1.5-2.3 meters, compared with their huge mammoth ancestors. You can see the dwarf elephant skeleton in the museum and see that it was smaller than a pony.

Ghar Dalam Cave has electricity inside, although most of the area for tourists is lit by natural daylight. There is a number of steps leading down to the cave. Don’t expect to find fossils and other artifacts just where they were discovered by archeologists. All of them are already on display in the museum. You can marvel at the impressive stalagmites and stalactites and examine the layers of this limestone cave.

The museum will tell you a lot about the history of Malta and the cave itself. You can also see elephant molars, hippopotamus tusk, bear jaw, and other animal remains, excavated from the cave. Nearby there is also a pretty garden full of wonderful local flora. Another interesting thing about this museum is that it was used as an air-raid shelter during the WWII

Ghar Dalam Cave is located about 500m from St.George’s Bay Birzebbugia right in the South-East of the island. It is easy to book a tour. The museum and the cave are open daily. 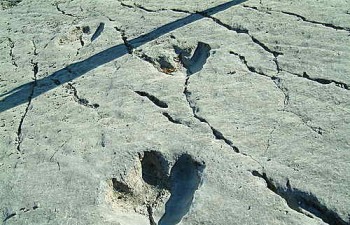