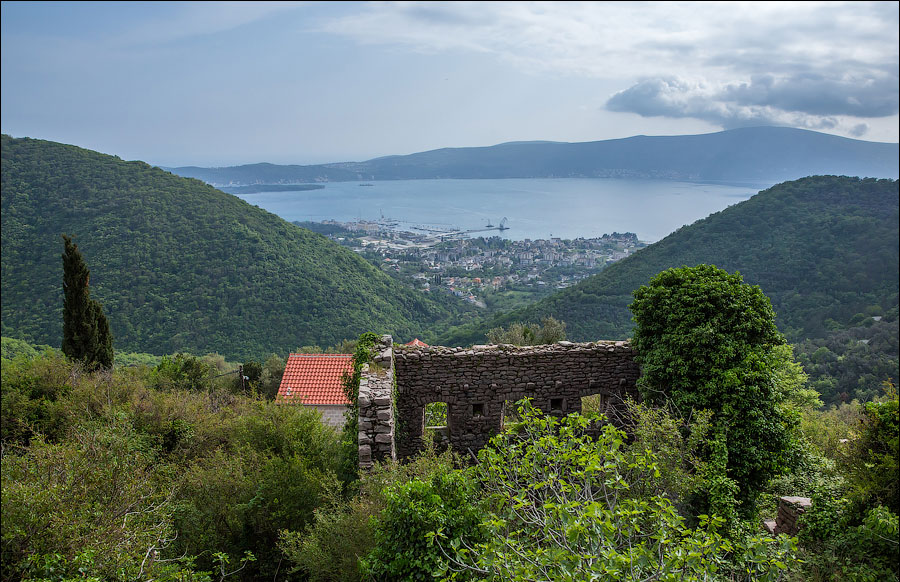 There is always something mysterious about the abandoned places. When people abandon their homes due to various unavoidable circumstances, it seems like the walls and forgotten objects still retain parts of the tenants' essences, and we call those places Ghost towns.

Three kilometers from Tivat, at an altitude of 300 meters above the Boka Bay, there is one small settlement called  Gornja Lastva (Mountain Swallow). People lived there since the 14th century, growing grapes, olives, herded cattle, went to church. In the first half of the 20th century there were about 100 houses and 500 people. Among the residents there was a lot of good craftsmen, especially masons and fishermen.

After the Second World War the village gradually began to decay and the population declined steadily. People moved closer to the sea, where it was still possible to find work – to Tivat and the Lower Swallow.

Now there are only 6 people left in the village. Many homes were destroyed, since they were going to build new ones, but it didn't happen. This settlement has been almost dead for about 50 years now. 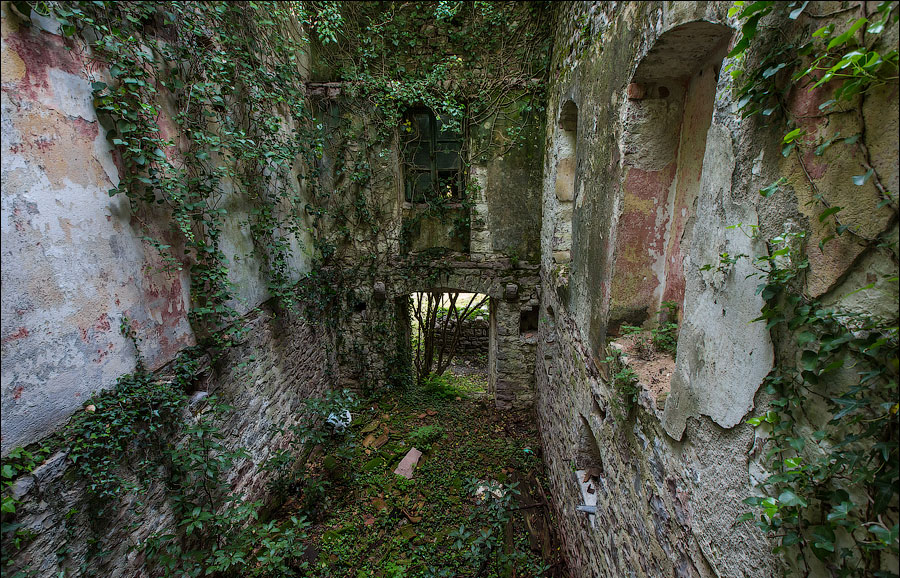 Everything in the village is still the way it was before – most 19 century houses remained in an ok  state, except for the hardwood floors and the roofs that have rotted away and collapsed. One of the houses still has playing cards on the table, as if people left in the middle of the game. It is both creepy and fascinating to wander around the old rooms – all the doors are open, the stairs are half rotten, the windows are covered with ivy, some of the houses have bats  and snakes settled in them.

There is a 15th century church in the village that still opens for the six remaining people in the village, however the working hours are unclear. Surprisingly, there is also one villa with a pool for rent in this place – you can actually live in a ghost town and have a view to the sea.

It takes about 15 minutes to go up to the village by car. Alternatively, you can hike or bike up there. The place looks truly magical and it is a must to visit if you like strange abandoned places.

Read more about Montenegro off the beaten path

Find more off the beaten path near: Mount Lovćen Ulcinj