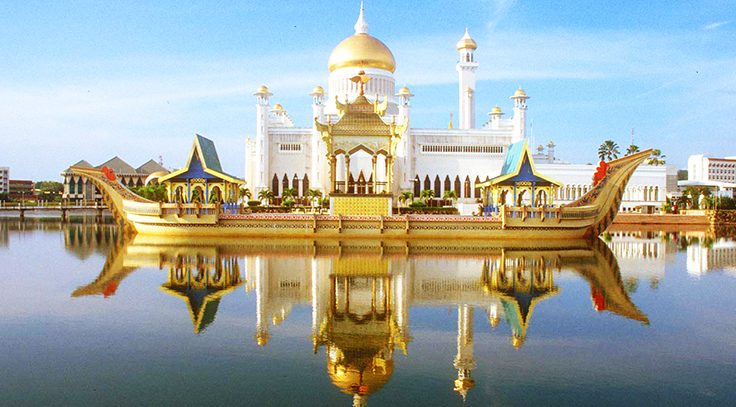 Istana Nurul Iman (meaning “Palace of the Faith Light”)  is the palace of the Sultan of Brunei, Hassanal Bolkiah. This $1.4 billion dollar home is included in the Guinness Book of Records as the world's largest living residence of the head of a state. This humble abode is located in the heart of the capital of Brunei, Bandar Seri Begawan, and is open to visitors only three days in a year.

The palace was designed by a Filipino architect Leandro Locsin and built in 1984. The completion of the building was dedicated to Brunei's independence day, 1st of January. Istana Nurul Iman serves both as the residence and the government offices of the Sultan.

The total area of the palace complex is 200 000 square meters. Istana Nurul Iman also includes a mosque that can accommodate up to 1500 worshipers. The total number of rooms in the palace is 1788, as well as 257 bathrooms, 18 elevators and 5 swimming pools. The one square kilometer underground garage holds 153 most expencive car models in the world. The car collection of the Sultan is approaching to 5000 pieces, some of them are custom made by the order of the monarch. The banquet area can host 4000 people and the stables can hold 200 horses.

Besides that, the palace has a large collection of paintings, including Renoir painting, purchased by the Sultan for $70 million.

Gallery: Istana Nurul Iman - the largest palace in the world

Read more about Brunei off the beaten path

Find more off the beaten path near: Bandar Seri Begawan