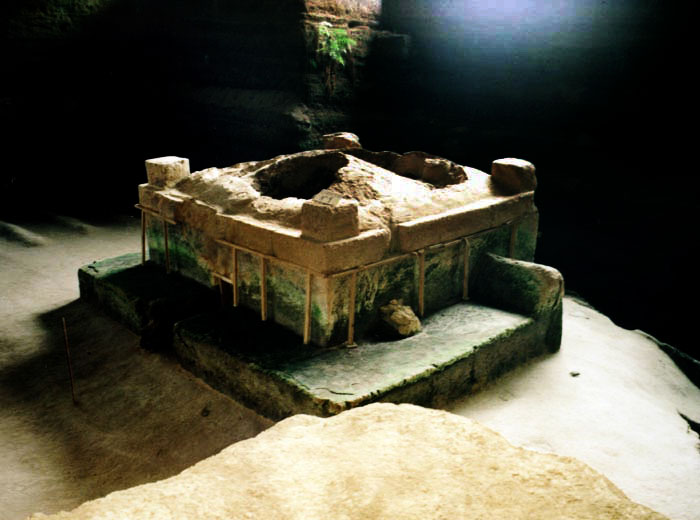 Joya de Ceren is a rare historical and archaeological complex. This monument, located near the village of Santa Tesla  represents the classical Mayan era. It is often called "American Pompeii" – in the late 6th century B.C. a prosperous village, the capital of the fertile Sapotitan valley was buried here under the layers of volcanic ash. Many locals (more than 12 thousand people) abandoned the village before the eruption, leaving all their possessions behind.

In 1976, by pure accident, archaeologists discovered and excavated more than seventy buildings in the area - workshops and simple houses, family cemeteries and houses of the priests, baths and warehouses, and even whole street intersections. Because the lava was ejected from the volcano very fast and the temperature of the ashes was low enough, all the exhibits remained practically intact. However, to excavate all the structures, the archaeologists had to dig through a 6-meter layer of the ashes.

As opposed to the huge Mayan complexes found in major cultural centers of this civilization, which were completely looted by vandals, the complex of Joya de Ceren remained quite in a pristine condition.

Joya de Ceren was populated already in 900 BC. The place was located on the south-eastern edge of the Mayan lands. Despite the remoteness of the village, the residents of Joya de Ceren achieved impressive development - they were fine builders and architects and possessed an extensive knowledge of pottery and weaving. The village was abandoned in 250 A.D. because of the eruption of a nearby Ilopango volcano. After 150 years, the place got repopulated once again, and yet again, in 590 A.D. The village got buried under the volcanic ashes of the volcano Loma Saldera.  It appears that the residents were able to get out of this catastrophe alive as well – there were no dead bodies found under the fourteen layers of volcanic ash, just the buildings, utensils, furniture and leftover food.

For a while, there was no solid theory about how all the residents managed to leave the village at once, without having anyone left behind. However, not so long ago, a long road was discovered, which was the answer to this mystery. The road was covered with limestone, and, supposedly, led to some kind of a sanctuary, to where the citizens could have escaped. These types of roads were quite popular among the Mayans and were called Sakbe (the white path).

It is hypothesized that either the villagers escaped via the road or they were already in the temple at the moment of the eruption, preparing for some ritual. Therefore, it is very likely that they were just very lucky Mayans, saved just by accident.

Besides this mystery, Joya de Ceren hides a lot more. The archaeologists have been trying to unravel the mysteries of this village for 45 years, but they still have a lot more work to do and a lot more to excavate. Their excavations revealed a lot about the life of Mayans, since many excavated objects remained intact. A cassava plantation was discovered, which is the evidence that Mayans were knowledgeable agriculturalists. Recently, a massive stone platform with many pyramids and towers was cleared from ash – the South Square. Also, the market square, the quarters of the nobility and the funerary pyramids were discovered as well, in an excellent condition. Since Joya de Ceren is so well preserved, it is of interest not only for the archaeologists, but for the tourists as well.