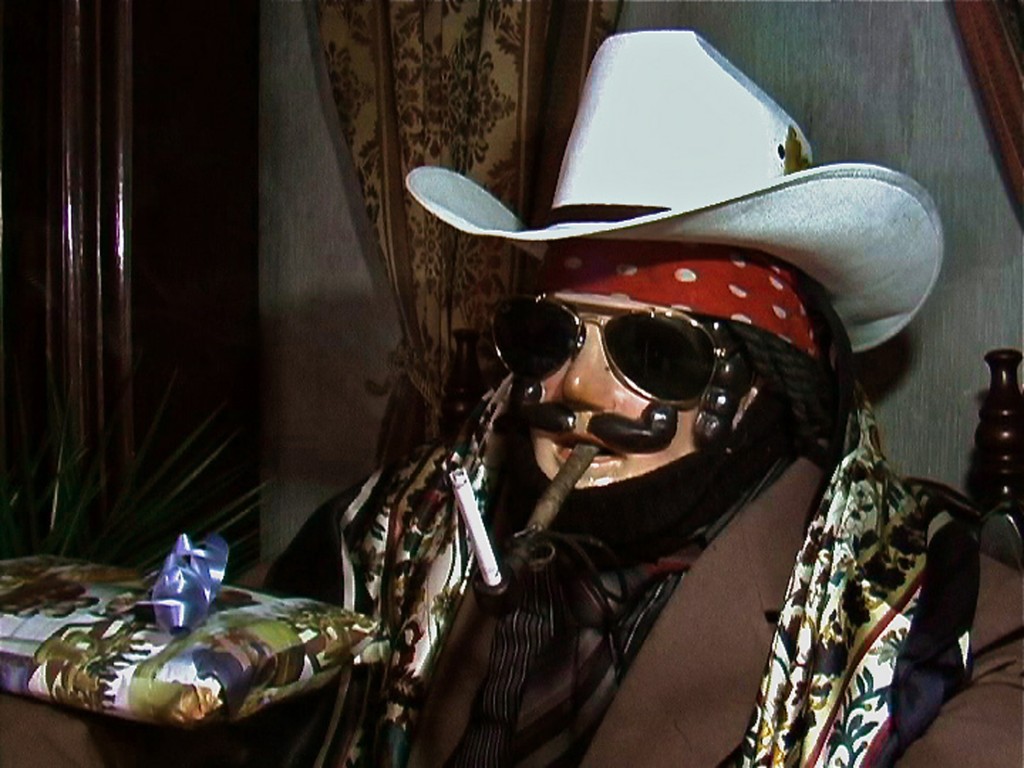 Maximon is a popular saint, worshiped by many Mayan descendants living in the highlands of Western Guatemala. Oddly enough, this saint is also venerated  in Melbourne, Australia, and in some other places of the world. Maximon is a particularly colorful character – he smokes tobacco, drinks alcohol and does not shun any earthly pleasure. That is why true Catholics consider him a demon, while for Guatemalan peasants Maximon is a patron and protector, because who else can understand their sins better than him?

Anthropologists are not sure about the origins of Maximon. But the most common hypothesis is that he was a result of  a fusion between Mayan religious traditions and Catholicism. There are documented references to the saint from pre-Colombian times. All the feared and respected mountain spirits in Mayan culture were called “Mam”. When the Spaniards came to Guatemala and began spreading Catholicism, pagan and christian saints got merged into one entity for the locals, and the name of Maximon came from merging the word “Mam” (or “Max” - tobacco in Mayan) with the Catholic “Simon”.  No matter how many Catholic priests tried to eradicate this newly formed cult, they were doomed to failure.  As a result, Maximon continues to be revered in the Indian villages, standing on the slopes of volcanoes and mountains of Guatemala. Maximon cult is especially popular on the shores of the beautiful Lake Atitlan.

As to the Indians themselves, they have their own take on where Maximon came from. Legend has it that one day, when all the men of the village went to work and hunt, Maximon seduced all their women. When the men returned, they found their wives in the arms of an unknown man, got enraged and  cut off his arms and legs. Due to this intense torture, Maximon somehow became a saint, probably because of his divine masculine strength. With the spreading of Catholicism, Maximon often became a substitute for Judas Iscariot's effigy during Holy Week carnivals, which was not appreciated by the church at all. The effigy had a lit cigar in the mouth and a hole in its mouth so that people can give him alcohol.

In the twentieth century, the image of the saint became more modern. The man was depicted with a fancy mustache,  dressed in a black suit with a red tie, white shirt and a wide-brimmed hat. He holds a flag in his right hand and a sack of money in the left hand.  Among the Mayan descendants, Maximon is still associated with a strong male sexuality, and fertility. Maximon holiday falls at the beginning of the rainy season. He is often called the saint of the gamblers and drunks. It is believed that Maximon brings wealth and worldly success for those who revere him.

Despite the hostile attitude of the Catholic Church, many Indian villages openly worship Maximon. His images and figurines are found in most Indian homes. In hopes to get luck, money and women, locals bring him gifts in the form of tobacco, alcohol, tropical fruits, and, oddly enough, Coca Cola.  Indians, who worship Maximon also make incense and perfume dedicated to him, with scents of orange blossom, lemon grass, citronella, and sweet orange. During the Maximon celebration, people offer lit cigars to the saint's effigy.

Among the most ardent fans of the cult, the residents of a small town of Santiago Atitlan, which is situated on the shores of Lake Atitlan. They believe that it is only their city that has the true effigy of Maximon, which is worthy of worship. Once a year, during the festive processions of the Holy Week, Maximon is moved from one house to another, where he stays until the next ceremony. Two guardians of Maximon always travel with him and are responsible to keep Maximon's temple clean and everyone's prayers delivered to the saint.

Apart from Maximon's charms and booze-drinking habits, he has a dark side  - no one wants to experience Maximon's anger.  His followers believe that Maximon is the holy link to the Mayan gods of Xibalba (the underworld) and Bitola (the heavenly world). Tourists that visit Maximon's temples sometimes find his facial expression threatening, especially in some parts of Guatemala, where Maximon wears sunglasses and a red bandana.

Maximon's temples usually have empty booze bottles and cigarette butts scattered around. The walls are decorated with colorful paper, ribbons, beads, bananas and mango, and have various folklore-themed drawings on them. Inside the temples there are tables where visitors can have a couple of drinks for a modest fee, get plastered and sing joyous songs praising the holy womanizer.

Read more about Guatemala off the beaten path