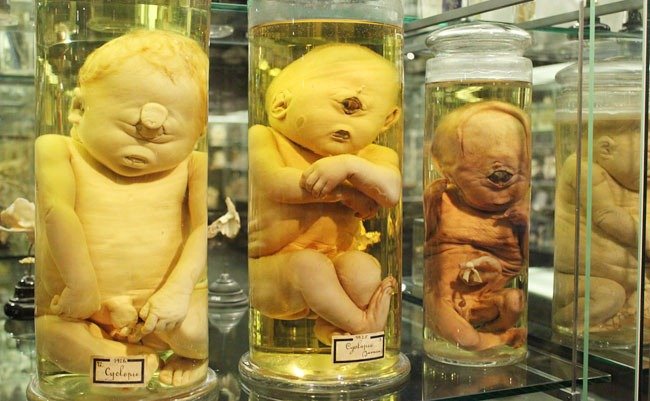 There is a special museum in Amsterdam (Netherlands), which definitely makes an impression on its visitors. This museum focuses on the knowledge of anatomy and embryology, and takes its name from its creator, Gerardus Vrolik - a Dutch anatomist.

Museum Vrolik is especially curious due to its collection of thousands of people with various mutations – probably the largest of its kind. The museum space must maintain a certain temperature, so that the specimens don't deteriorate. For this, a special circulation pump  is used.

Gerardus Vrolik (1755-1859) was known as a popular professor who studied anatomical pathologies. He concentrated the most on the developing organisms and their anomalies. His idea was to create an exhibit a collection ofspecimens that demonstrate abnormal development of the people, individual organs, and animals.

Willem Vrolik, the son of Gerardus, continued his father's work as a professor at the university.  He accumulated an impressive anatomical collection consisting of the specimens gathered by his father and the ones he collected himself during his career. Willem Vrolik's work is particularly valuable, because he also compiled and recorded the research data related to the anomalies, deformities and mutations. That's when the museum of mutants was born.

In 1869 the Vrolik collection was purchased by the city of Amsterdam. You can see it by visiting the  Athenaeum Illustre University. The collection is being constantly updated with new specimens. This unique collection of pathological specimens includes Siamese twins, cyclops, two-headed children, etc. There are also plenty of exhibits of abnormally shaped organs, teeth, bones and mutant animals' specimens. Since 1994, there are about 150 specimens on display.

In: museums and collections, science, anatomy 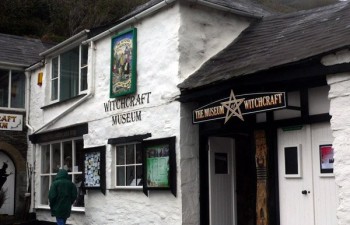