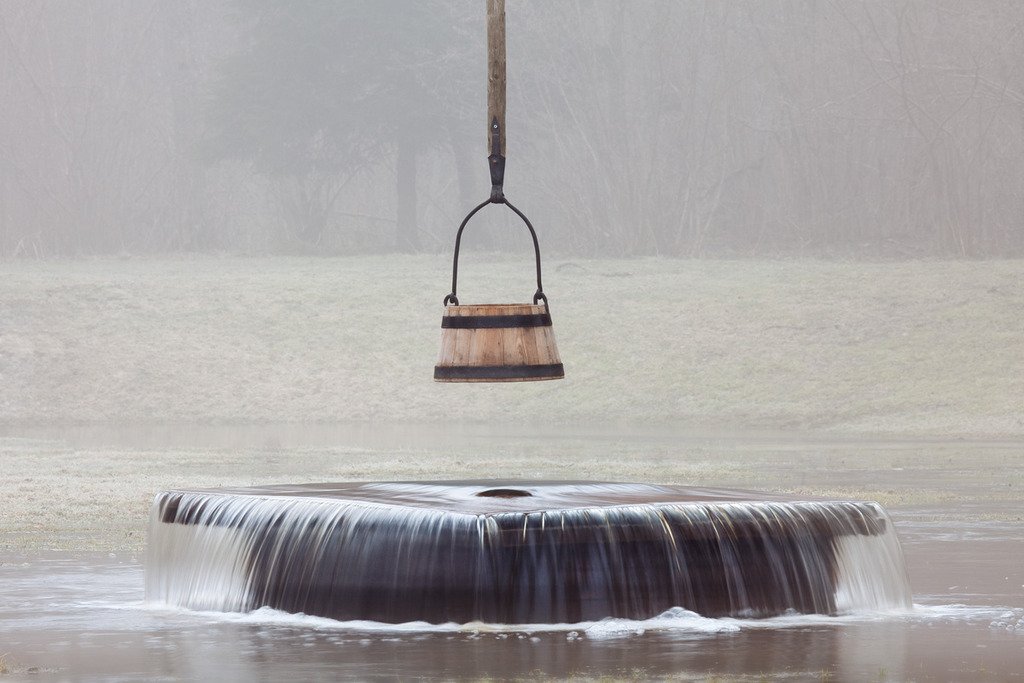 There are various entrances to the underworld all over the planet. The Estonian one is located on the reserve Tuhala, the famous karst area with the longest 54 meter deep cave Virulase. This gate to Estonian nether regions is called Witch's Well, or Nõiakaev.

Tuhala is a 3,000 year old settlement, which sits on Estonia's largest field of porous karst, with 15 underground rivers flowing through a maze of caverns, causing sinkholes large enough to swallow a horse and Witch's Well phenomena.

Most of the time Nõiakaev looks like a normal village well, however, sometimes it spews out large amounts of water, turning into a real geyser. The well's depth is only 2,5 meters, but it is able to eject up to 100 liters of water per second. Locals remember the days when the hellish fountain would rise up to 1,5 meters in height.

Back in the day, this phenomenon would instill sheer terror in the hearts of natives. They attributed it to dirty deeds of witches – it was believed that the witches of Tuhala would gather in their secret satanic sauna under the well and have the time of their lives, vigorously spanking each other with birch branches and creating disturbances on the surface.

All fears melted away as soon as it became clear that the well was dug out just above the mentioned karst caverns, connected to the local rivers. The water level in the rivers depends on the precipitation, which is particularly noticeable in the spring. Overflowing rivers fill up the caverns, create underground pressure, and the excess of water shoots out through the well. This natural phenomenon lasts only a few days, and then the well returns to its normal state. The well doesn't go crazy after every heavy rain – last time it happened in April 2013 and tourists in the are were exhilarated to witness Nõiakaev in action.

According to scientists, the well's activity can pose a threat to the area if Nõiakaev starts spewing out thousands of liters of water per second. Typically, the water briefly floods the surrounding area. When the well ejects massive amounts of water, it is not recommended to drink it, and you would not want to anyway, because the ejected water looks filthy and brown.

Read more about Estonia off the beaten path