Rakotzbrücke(Rakotz Brucke) - the optical illusion of the Devil's bridge 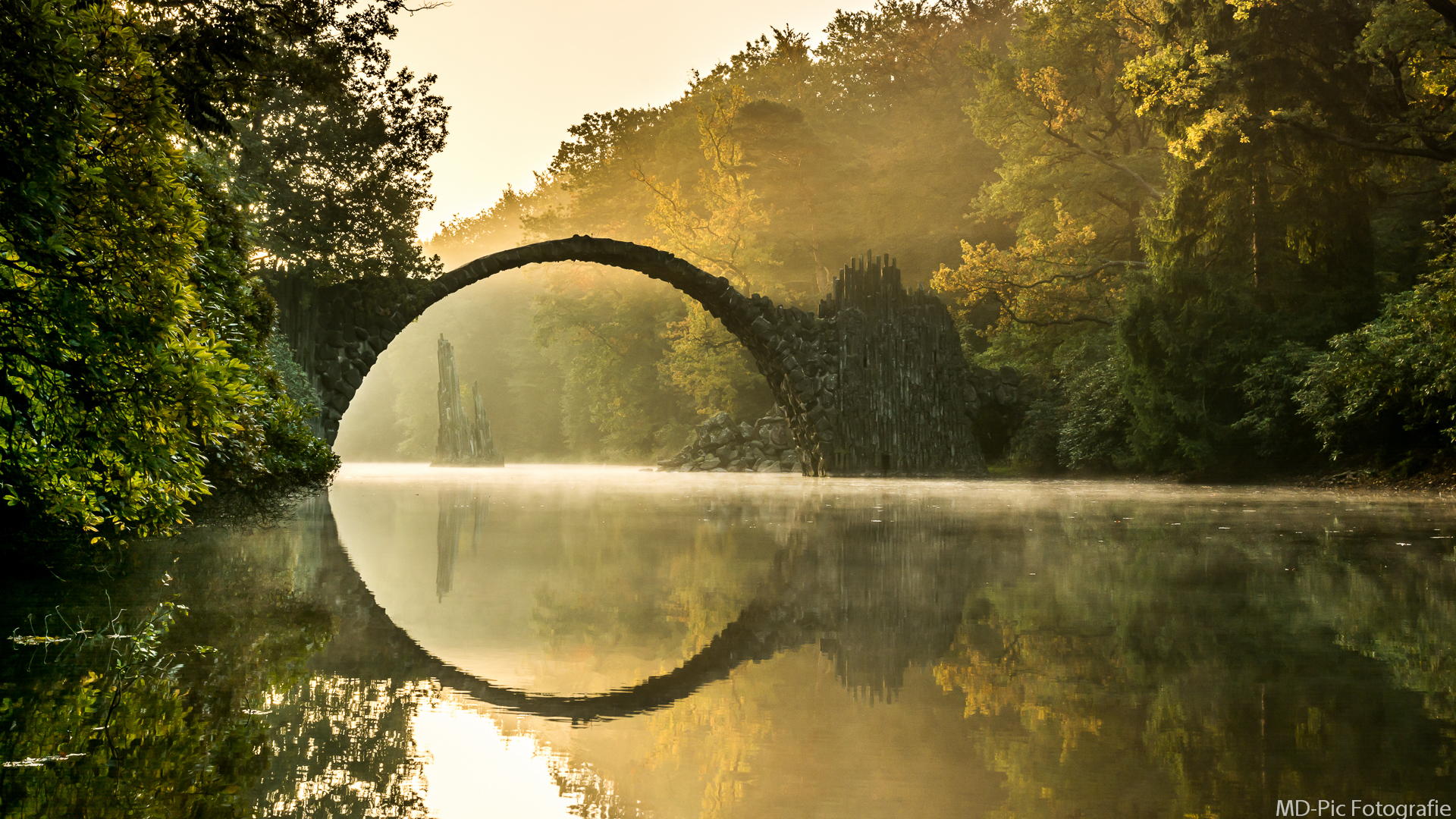 If you search for the sights in Kromlau, near the German-Polish border,  Rakotzbrücke(Rakotz Brucke) should be number one in your travel list. This architectural marvel is located in the largest park in Saxony, Kromlauer Park, which was commissioned in the 19th century by Friedrich Hermann Rötschke, the knight of Kromlau. This Azalea and Rhododendron Park is located 120km northwest of Dresden. After the Second World War the park was nationalized and nowadays it is free to enter and can be accessed all year round.

Surprisingly, this medieval-looking Rakotzbrücke (Rakotz Brucke) bridge dates back only to the 1860s. This delicately arched structure stretching over the waters of the Rokotzsee is known as the Devil’s Bridge - it looks so unusual, dangerous and miraculous in creating an optical illusion, that it must have been built by Satan himself. Its high arch and favorable reflection in the water create an illusion of a full stone circle. Clearly, when the bridge was being built, the architects regarded the aesthetics of the bridge higher than its usability. One might actually wonder whether it was ever intended for the purpose of crossing the lake at all.  In fact, crossing this architectural masterpiece is prohibited, to preserve it for future generations.

Of course, Rakotzbrücke (Rakotz Brucke) was constructed by hands of mortals using boulders and basalt. The boulders were built directly into the bridge arch. The basalt stones were brought from various quarries of Saxon Switzerland and Bohemia.

The most popular time to visit the Rhododendron Park is summer, when all the flowers are in bloom and the nature of Saxony is most captivating during the season. The extraordinary sight of the Devil’s bridge is the beloved spot of photographers. The optical effect is breathtaking and it is definitely worth capturing.

Since transportation in Germany is a no-brainer, it is possible to get to the place by car, by train or by bus.

Gallery: Rakotzbrücke - the optical illusion of the Devil's bridge