The ancient city of Berat, Albania 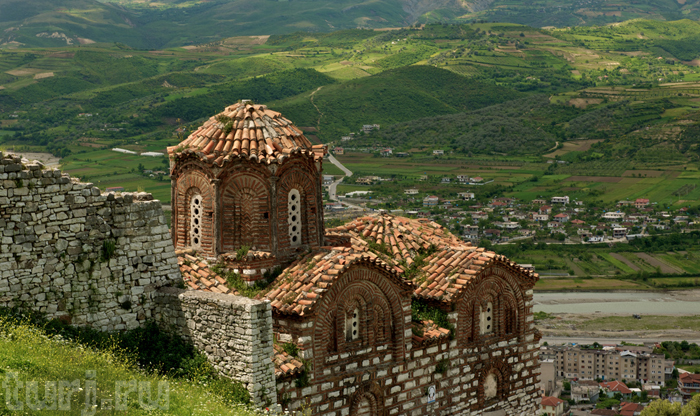 Berat is one of the oldest cities of Albania – it is more than two thousand years old. This place attracts both foreign visitors and the local population. Berat was founded in the 4th century BC on the land of Illyrian tribe, Dassareti.

By the beginning of the third century B.C., the city became much larger and was renamed  to Antipatrea.  The city was a part of the Bulgarian Empire, the Byzantine Empire, the Serbian kingdom, then it was a part of the Ottoman Empire. Every culture has left its imprint on Berat, creating a unique eclectic ornament. Byzantine patterns are combined with Arabic script on minarets and mosques, and pagan runes.  The Muslim neighborhoods are mixed with the Christian quarters. The city has many interesting churches. It seems like no other city in the world has such a quiet and friendly coexistence of different nations and religions.

The city is situated on the banks of the River Osum, near Mount Tomorr. At the entrance to the city the  visitors can observe a wonderful view of the white houses and the mountain.

Berat also has a castle, which is unique in the fact that the locals still live in it, like many centuries ago. There is a variety of museums and exhibitions, as well as a beautiful bridge over the river and the Cathedral of the Holy Virgin.

Sometimes Berat is called "a city of a thousand windows" because of the many windows in its red-tiled buildings, with the sun reflected in them.

According to the legend of the history of this place, Tomorr used to be a giant who fought his brother Shpirag (another mountain in the vicinity) for the love of a young maiden. Both giants fought and died in the end, and the tears of grief that the young maiden shed created the river Osum. The maiden then turned into a large stone, upon which the Berat castle was built.

Berat has so many places of architectural and historical interest that it is a must see place for the curious travelers.

In: ancient ruins, castles and forts 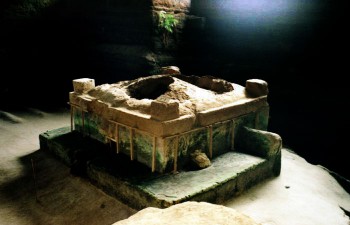