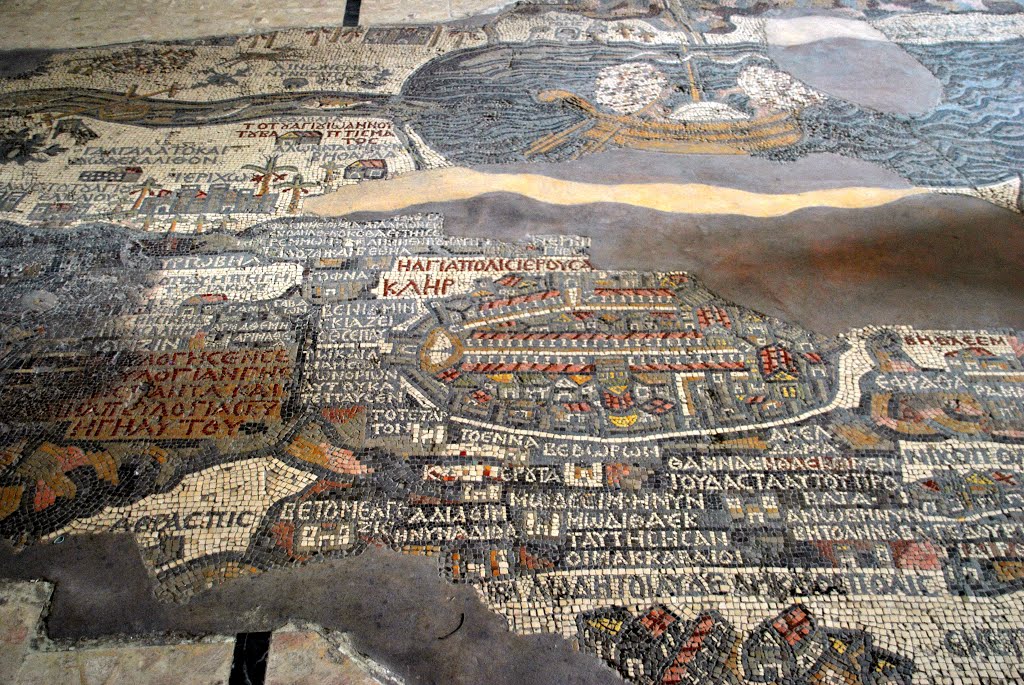 In Madaba, the city of mosaics, many fragments of ancient Byzantine mosaics can be found at every step - in churches and homes, museums and parks. However, the most important mosaic creation – the Madaba map -  is in the church of St. George. This is the ancient Byzantine mosaic map of the Holy Land and Jerusalem from the 6th century BC.

The masters used more than two million colored cubical stones to create this unique map. Originally it was placed over the entire floor area in the ancient church, which was built during the reign of Emperor Justinian, and had a size of 15.6 meters in length and 6 meters in width. The total area of the map was about 94 square meters.

It is believed that this map was one of the first "geographic mosaics" and served as a kind of guide to the Holy Land. It had a three-dimensional picture of a huge territory - from the Nile to the Euphrates. The ancient masters dedicated the most attention to Jerusalem - its detailed image is almost identical to the modern Jerusalem (old city). The Jerusalem part of the map shows structures and streets such as the Damascuc Gate, the Church of Holy Sepulchre, the Tower of David and Gethsemane.

Unfortunately, only one fourth is left from the map's former magnificence, which faded over time. However, the surviving fragments of the mosaic map are still possible to read and to locate the Dead Sea, Jericho and the River Jordan.

The map was discovered in 1895, and a year later a Greek Orthodox Church of St. George was built at the site of the Byzantine church ruins, where one can see this exquisite masterpiece of mosaic art.

Read more about Hashemite_kingdom_of_jordan off the beaten path 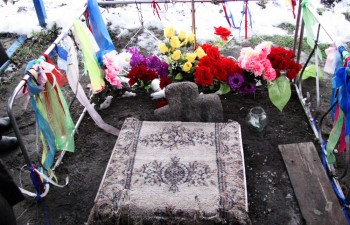