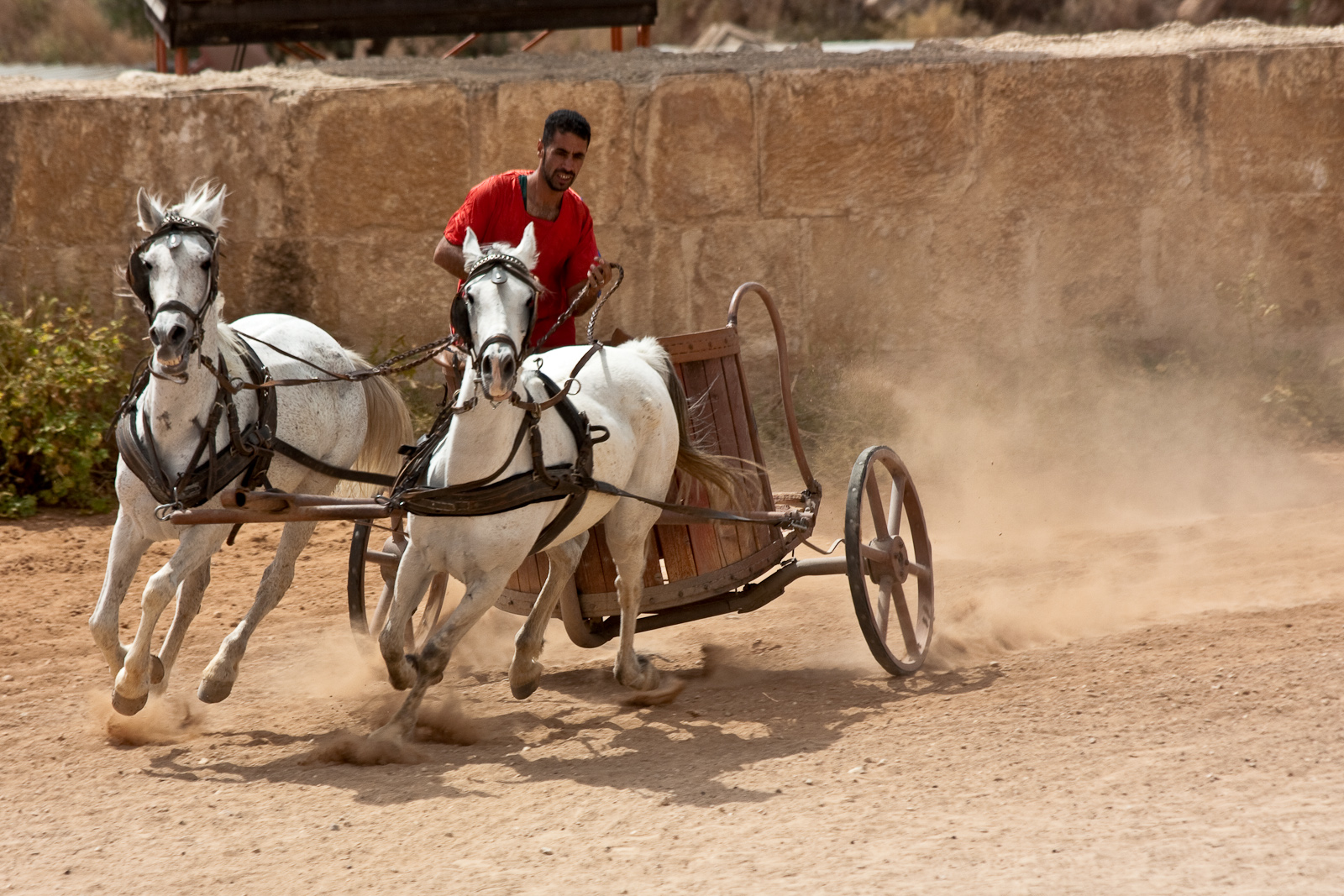 Jerash is a provincial town in the north of Jordan, which is the second most visited place in the country after Petra. It is believed that first settlements in the area existed in the Neolithic period (9500 BC), during the transition from gathering and hunting to agriculture and domestic animal breeding.

In 63 BC Jerash was conquered by Romans and annexed to Decapolis of ten ancient cities in the east of the Jordan valley.  The cities of Decapolis were autonomous to a certain degree, and were centers of Greek and Roman culture among the surrounding Nabatean, Aramaic and Jewish setlements.

The era of Roman rule is considered the golden age of Jerash. The small town became a large roman settlement, built according to the regulations of urban development. There was even an Arc of Triomphe dedicated to the emperor Adrian, built in 129.

In the 4th-5th centuries the city fell under the rule of Byzantine Empire and became an important center of Christianity. By that time there were already 15 churches, built on top of the old constructions and newly built ones as well.

The last rulers of Jerash, after the battle in 636, were the Arabic ancestors of the Umayyad caliphate. The life of the citizens didn't change much under their rule, but in 749 a massive earthquake destroyed the city and forced the inhabitants to abandon it. For a couple of centuries, during the crusades, the city was buried under massive landslides once again. Although the city was completely devastated, those landslides helped preserve the remaining constructions of the city and let those ruins survive until the modern days.

The city began to be reconstructed only in the end of the 19th century, when Circassians, who fled from Caucasus, decided to settle there.  They founded their settlement in the eastern part of Jerash, making it unavailable for excavations, which started in 1925. Nowadays, tourists can visit the excavated half of the city, and can only guess what other mysteries lay in the depth of the other half.

You can explore the ancient cobbled streets, lined with stones of different periods, the colonnade, the ampitheatre, ancient temples dedicated to Zeus, Artemis, Dionysus and other Olympic gods, the greater metropolitan area, baths and fountains. The city is surrounded by a massive wall with several gates. The most impressive sites are the Southern gate and the 600 meter long street of Pillars.

In general, the city looks like one big archaeological museum, where everyone can find something impressive. Many buildings have preserved carvings and decorations made out of marble or granite.

Besides the festival, there are Roman Army and chariot races every Friday at the Hippodrome of the old city. You can see 45 legionnaires, who will demonstrate drill and battle tactics, as well as ten gladiators in a staged “life or death” fight.

For a more relaxing pastime, you can visit the local archaeological museum, which is free and lets you get acquainted more in depth with the fascinating history of the city and the everyday life of the ancient inhabitants of Jerash.

Gallery: The ancient ruins of Jerash

Read more about Hashemite Kingdom Of Jordan off the beaten path