The Buddhist version of hell at Haw Par villa 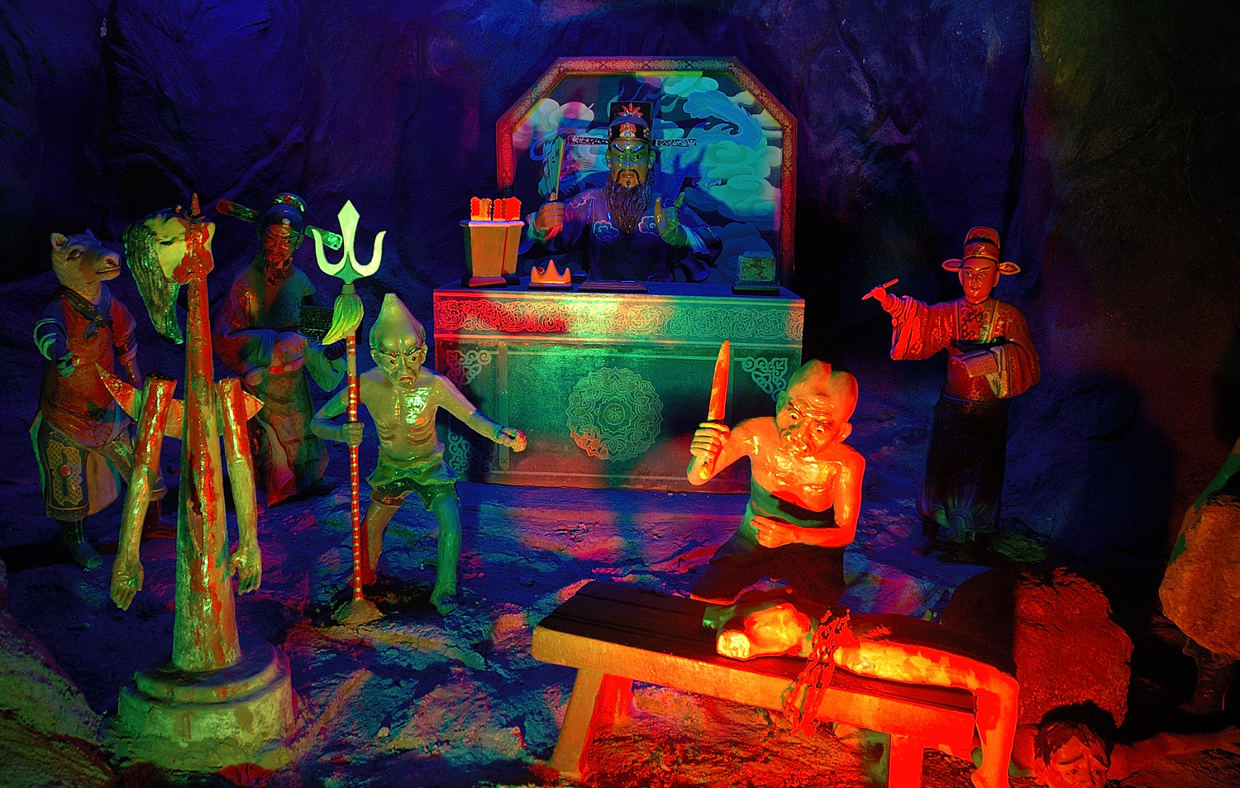 Haw Par Villa or the Tiger Balm Gardens is a park in Singapore, which depicts a version of Buddhist hell. This is the park where parents take children when they misbehave, and show them what may expect them in the afterlife, if they continue being rascals. If you like weird – this is definitely a place to visit in Singapore.

The park was founded in 1937 by brothers from Burma – Aw Boon Haw and Aw Boon Par, who were the creators of the legendary Tiger Balm ointment. A part of this balm money went to the construction of this public park, which, apart from scaring children and wowing Westerners, can take you on an educational journey through the Buddhist, Taoist and Confucianist legends and spirituality.

The park has over 1,000 statues and 150 large scenes that introduce visitors to the rich traditions of the Chinese people: legends, history, folklore and teachings of Confucianism. The main theme is Good and Evil. And the plaster sculptures depicting it are not your regular statues you are used to see in recreational facilities.

On the way out of the park you can see some cute turtles and ponds with koi, feed the fish, sit and relax and try to digest what you've just seen.

Gallery: The Buddhist version of hell at Haw Par villa

Read more about Singapore off the beaten path

Find more off the beaten path near: Pulau Ubin Singapore