The Capuchin Crypt in Rome, Italy 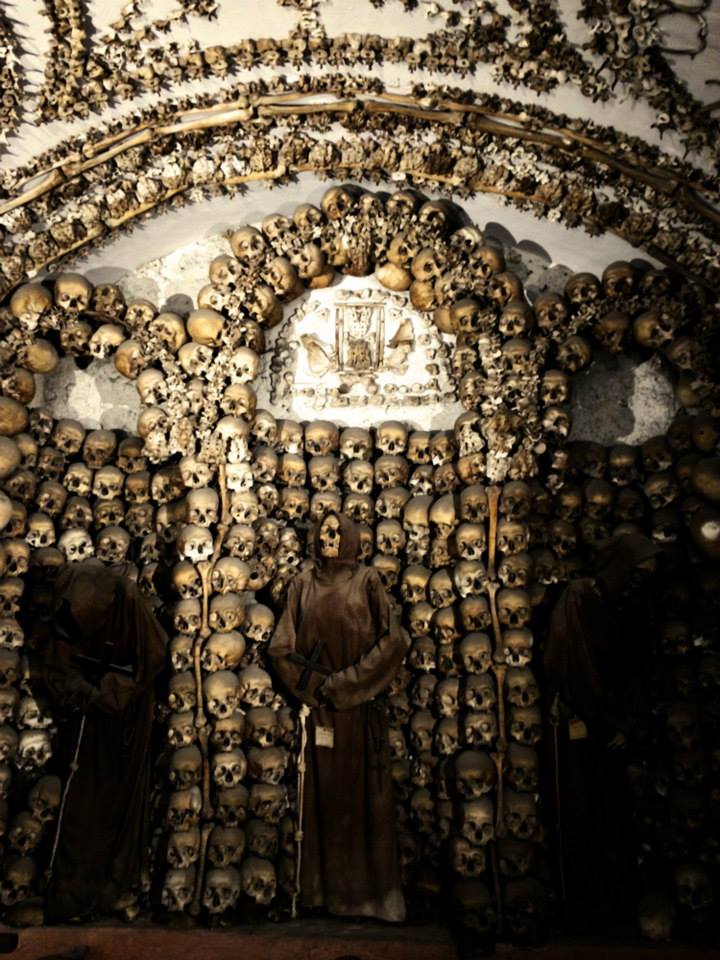 The crypt is located in the basement of the church of Santa Maria della Concezione, built at the request of Pope Urban XIII in 1626. In 1631, the Pope's brother, Cardinal Antonio Barberini ordered to exhume the remains of thousands of monks and move them from the monastery Via dei Lucchesi to the crypt. The crypt currently contains the remains of about 4,000 monks buried in the period from 1500 to 1870. The monks bodies were buried in the ground and after some time(equal to about 30 years), during which the soft body tissue would decompose, the bodies were exhumed. The bones were used for decoration of the tombs.

Rumors that the soil in the crypt was brought from the Holy Land, created a real buzz around the crypt. Because of that, many Romans wanted to be buried there. By the end of 1700 the accumulated bones started to be used for "finishing" areas and for creating all sorts of decorations. In 1793, the Pope would grant indulgences to each person who visited this holy place.

The last ones to be buried in the walls of the crypt were several papal soldiers who died in defense of Rome against the troops of Garibaldi. In 1870 the burials in the crypt were not performed anymore.

Despite the gloomy atmosphere of the crypt, this place provides a very unique experience.