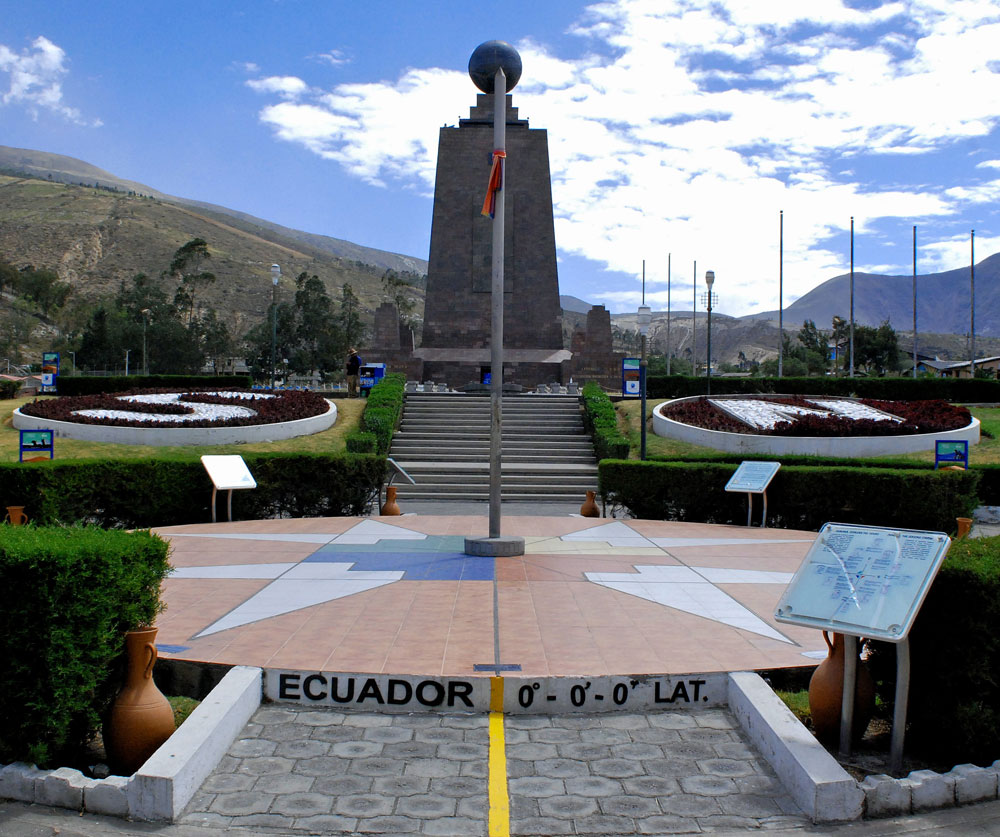 The Middle of the World is a place in the city of San Antonio, near the capital of Ecuador, Quito. It is a monument that symbolizes the center of the world. The first monument was built here in 1936 to commemorate the 1739 French Geodesic Mission, which charted the equator and measured the circumference of the planet Earth. Between 1979 and 1982, the monument was rebuilt.

The monument is 30 meters tall, made of iron and concrete, and its top is covered with ornate carvings and polished andesite stone. It has a pyramidal shape and is crowned by a bronze globe, which is 4.5 meters in diameter and weighs 5 tons. The shape of the monument was inspired by a fictitious Incan pyramid by the painter Frederic Edwin Church.  Inside the monument, there is a small museum, which highlights the various ethnic elements related to the culture of the Ecuadorian people: clothing, descriptions of the various ethnic groups, as well as examples of their work. The museum also has an observation deck looking down on the location.

Despite the popular belief, this monument is not located exactly on the equator. The calculations by the  geographers in 1739 have been proven incorrect by the more accurate modern technology, and the real equator line is 240 meters north of the monument. However, relocating this massive monument was too much of a hassle, so it was decided to leave it as is. The main place to take the pictures is, of course, the painted line on the ground, which is marked Latitude 0° 0' 0", where you can stand with one foot in the Northern and one in the Southern hemisphere.

Gallery: The center of the world, Ecuador

Read more about Ecuador off the beaten path 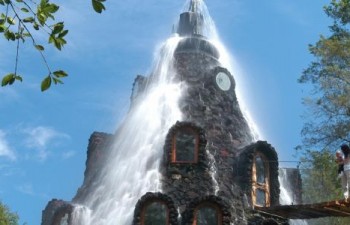