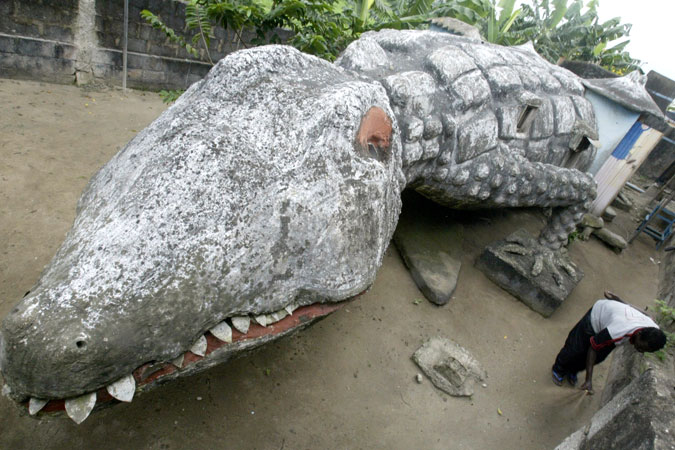 As we know, art comes in all shapes and forms – there is a vast variety of architectural eye candy, from the massive structures to the houses of common, but creative folk. Everyone imagined his own personal dream house at some point in his life.

In the district of Cocody in the former capital of Côte d'Ivoire, Abidjan, there are  many wooden  single-floor  houses in the area of the large gardens. Recently it has become trendy, since these types of homes are considered more environmentally friendly. In addition, among the owners of the plots in Cocody it is considered  fashionable to build houses that resemble Greek temples, and also houses on stilts in Ebrie lagoon. However all of these houses  were surpassed by the local sculptors to carve a house in the form of a crocodile, Moussa Kalo  and Thierry Atta.

Atta was an apprentice of the artist Moussa Kalo, who designed and built the house. The house was completed in 2008 by Atta – his teacher passed away two month before he could finish his work.  The house looks like a massive smiling crocodile, hollowed out to create the room inside the body of the reptile. It has windows and the bed and is completely livable – it is definitely the neighborhood's attraction.

Read more about Ivory Coast off the beaten path

Find more off the beaten path near: Yamoussoukro 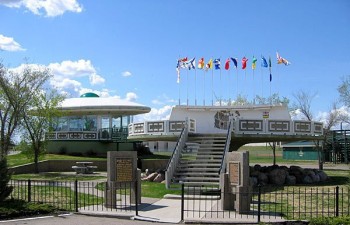