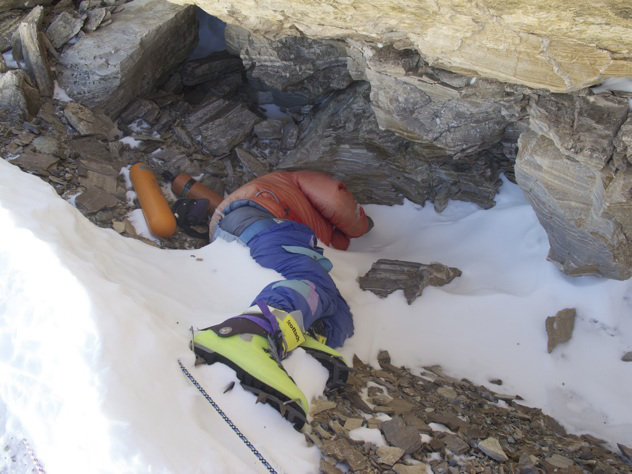 Everest, the highest mountain in the world, is quite hostile to its conquerors. The history of conquering Mount Everest began in 1920s, when Dalai Lama allowed the British alpinists to climb it. Since then, about 1500 people have made it to the top and about 200 didn't, and they are still laying on the frozen slopes.

If you are planning to climb Mount Everest, your expedition will cost you approximately $25000 - $60000. However, besides having the money to do that, you have to realize that there is a pretty thick chance of you not coming back. And it doesn't just depend on how fit you are. In the man vs. nature fight there are all kinds of unexpected things that can happen – terrible gusts of wind, a frozen cap on your oxygen tank, wrong timing, avalanches, physical exhaustion – there are many things that can kill you there.  The air on Everest is so thin that a mountain climber can not afford to make any mistake, because it might be a fatal one. Besides that, the lack of oxygen makes a person lose concentration, prone to distractions and physically weak. Add to that the indifference of many, who, ruthlessly aiming for fame, pass the dying climbers on their way to the top. 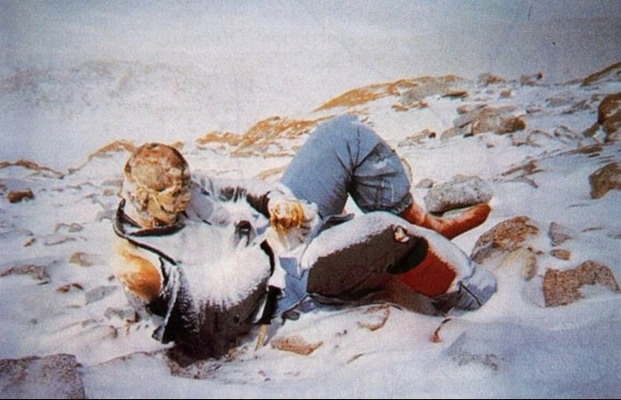 The Death Zone of Everest begins at an altitude of 26000 feet. There are about two hundred corpses laying around, because removing a dead body from that altitude is near impossible due to the terrible weather conditions and the treacherous terrain. Most of the bodies are found on the slopes of Mount Everest in the exact same position in which they met their death. Because of the cold the bodies are perfectly preserved and look as if they were alive and just laid down to rest for a moment.

The route to the top will still be covered with those unfortunate ones for quite a while - some bodies have been there for more than 50 years already. They even have been given names by the living climbers, and some bodies serve as the altitude markers for the ones who pass them on the way to the top. For example, there is a guy named “Green Boots”, previously known as Tsewang Paljor, who lays there since 1996 at the altitude of 27890 feet.