The hospital for falcons in Abu Dhabi 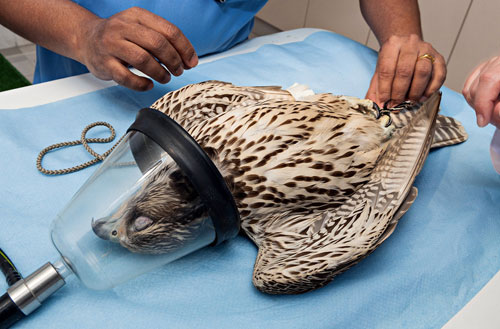 Abu Dhabi Falcon hospital, which opened in 1999, is the largest and the first of its kind falcon care facility in the world. Initially being a veterinary clinic, it expanded in the fields of education, awareness and research. In 2007, the hospital is opened its doors to a tourist program, inviting visitors to learn about the world of these mighty birds of prey.

Emiratis are some of the most enthusiastic falconers in the world, ready to pay up to $100,000 for the most highly prized birds. However, the practice of falconry is now banned in the Emirates to protect the endangered wildlife of the deserts. You can hunt with your falcon, but you would have to take it elsewhere – Pakistan and Afghanistan are among the popular destinations. Because of that, falcons have passports to travel across the globe.

The hospital belongs to the state and was created because falconry is one of the main activities in the desert. Every year the hospital treats more than 9000 birds. It is equipped with special air-conditioned rooms, which can accommodate more than 200 birds at a time. Visitors can observe the birds patiently waiting side by side on little green benches, with hoods covering their eyes, to get their check-ups. Most patients are females, which are larger than males and better hunters. The hoods prevent the birds from seeing the neighbors and getting aggressive. Sometimes the clinic staff will let you hold a falcon and have him nip at your fingers.

The tools used to treat the falcons are improvised – some of them are tools for operating on babies, and some are just female nail clippers to trim the overgrown talons of the birds. The hospital has a collection of feathers from various birds to replace the damaged feathers of the injured falcons – one broken feather can dramatically impact falcons' ability to fly. When a feather needs to be replaced, the staff goes through their feather collection and replace the damaged feather by sewing or gluing it on.

The visitors can also see the hospital's museum dedicated to falconry, and have a real falconry experience. In the museum you can learn about history of falcons and falconry from the old days to the modern times.

Besides falcons, the hospital treats other sick birds and has a pet care center.

Gallery: The hospital for falcons in Abu Dhabi

Read more about United Arab Emirates off the beaten path 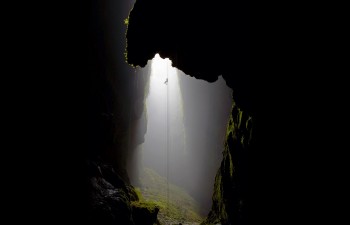 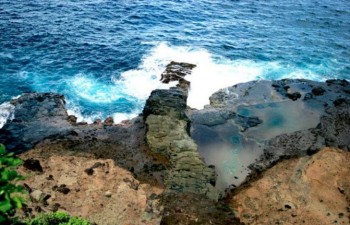