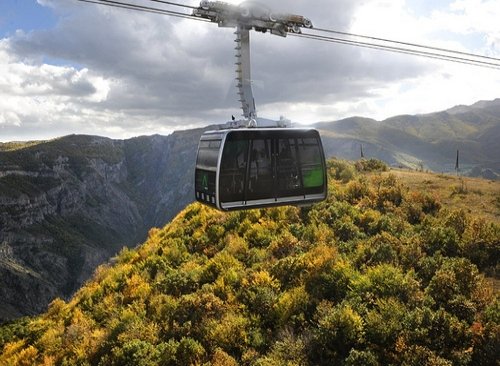 The longest non-stop double track cableway, Wings of Tatev, opened in 2010  near the town of Goris. The cableway spans more than 5.8 kilometers from the village of  Halidzor up to Tatev at an altitude of 360 meters above Vorotan gorge, leading to the ancient Tatev monastery. In Old Armenian, Tatev means “give wings” or “fly”.

The construction of Wings of Tatev was conceived in 2009 as one of the stages of the Tatev monastery revival program. The monastery, built in the 9th century, was the location of the biggest Armenian university in the middle ages, the bishopic seat of Syunik province, and played a significant role in the history of the region as a center of economic, political, spiritual and cultural activity. Among various interesting structures, Tatev monastery has the oldest bells, dated 13th century and inscribed in Armenian. Nowadays it is still a working religious center and a major tourist attraction.  In 1931, the monastery was badly damaged by the earthquake, and one of the bells fell down.

The first passengers of Wings of Tatev were the President of Armenia Serzh Sarkisian, Catholicos of All Armenians Karekin II, and one child from each of the nearest seven villages.  Each cable car can hold up to 25 people, and it moves with a speed of 37km/h – an average journey time is about eleven minutes. Before the cableway existed, getting to Tatev was not that easy – you would have to hike along the steep winding road right next to a steep, 45 degree angle, cliff, and it would take much longer than 11 minutes to get there.

The cableway allows a quick and easy year-round access to the monastery for the locals and the tourists visiting Tatev monastery. Seven days after the opening of the cableway, it was included into Guinness Book of Records as the longest non-stop double track cable car.

There is also the Wings of Tatev restaurant at the station, which serves traditional Armenian dishes.

Gallery: The longest cableway in the world - Wings of Tatev

The oldest wine in the world from the cellars of Maribor 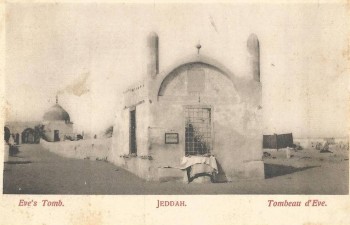