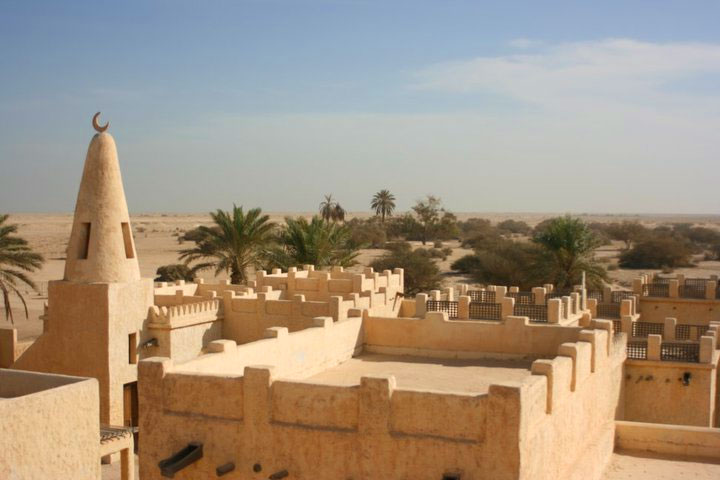 A strange, almost mystical place, appearing suddenly on the horizon hot desert - that's what  Film City is. Whether it is an abandoned village, or a filming location – no one can be sure, because of the complete absence of people in the area. The Film City is located behind a canyon in the desert of the Zekreet peninsula.

Of course, no matter how improbable the story of the emergence of a full-fledged Arab village in the desert could be, there is always a rational explanation for it. Most likely, it was a filming location. Houses, towers, fences, gates, a mosque – all of it together recreates an antique Arabic village, although a completely deserted one. Some say that it was a set for a big Hollywood production or for a native Arab film, or for Qatar's 2022 World Cup video promo.

Walking through the maze of narrow streets gives you a strange, or sometimes a creepy feeling. The only sound you can hear is the wind going through the windows.

Film City is a truly bizarre and surreal ghost town, the quiet life which is only occasionally violated by the most adventurous travelers.

Read more about Qatar off the beaten path

Find more off the beaten path near: Doha