The picturesque lake Bled with its medieval castle, Slovenia 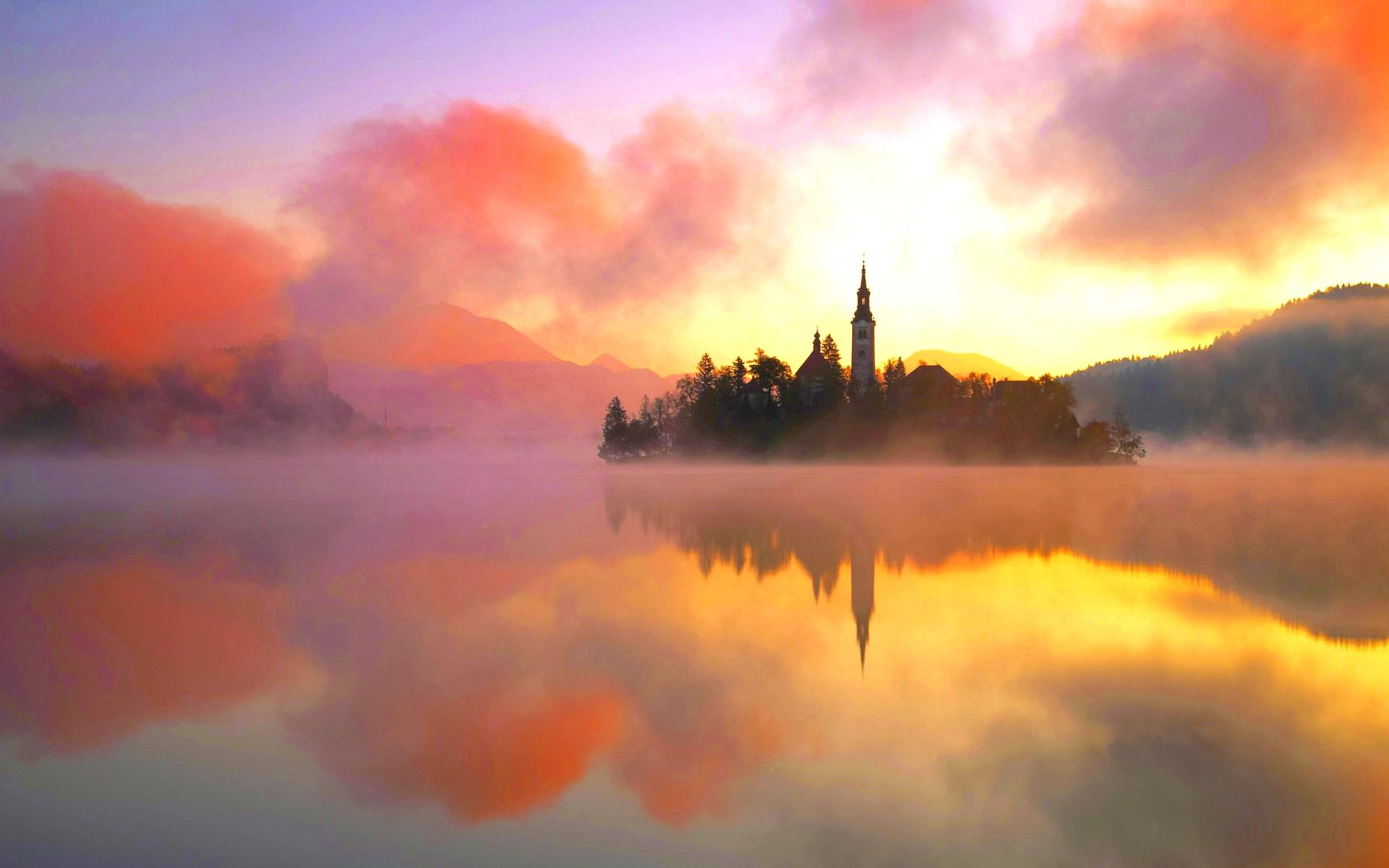 Lake Bled, which is considered one of the wonders of Slovenia, lies on the border of the plains and the alpine mountain region in the Ljubljana Basin at an altitude of 475 meters.

The lake has been an iconic landmark among travelers for quite a while, due to its picturesque fairy-tale-like surroundings and the tiny island with the church and the Bled castle in the middle of the lake.

The medieval castle Bled is the oldest castle in Slovenia, towering over the lake from a steep cliff at an altitude of 130 meters. The place was first mentioned in 1011 AD, and since then it had been expanded and rebuilt numerous times. Nowadays, the renovated castle became  a place of tourists' pilgrimage   with its museum, a restaurant and the observation deck with stunning views of the Alps and the lake.

In summer the island is covered with lush vegetation to the point that its smaller buildings are barely visible from above – you can only see the Baroque spires of the old Assumption of Mary Pilgrimage church, which also has a museum of religious art. The local wedding traditions require grooms to carry their brides up to the church, ascending its 99 steps, while the bride has to remain silent in order to ensure long years of happiness in the wedlock.

Besides that, the island has a unique XVI-century bell tower, created by an Italian master. The sound of the bells resonating on the island attracts crowds of tourists. Most of other buildings, located on the island, date to the XVII century, except for the IX-X century cemetery.

In winters when the lake is frozen, it is used as a natural skating rink, which also has an indoor hall with artificial ice to skate on.  Along the lake there are paved paths for walking and meditating in the midst of the beautiful nature and medieval atmosphere.  To feel the spirit of the middle ages even further, you can take a carriage ride around the lake.

Bled has traditionally been a center for a variety of different cultural events,  most of which are held in the summer - weekly performances by renowned Slovenian music bands and groups, folklore evenings, weekly events held by local cultural associations, local artisans displaying their wares for sale, special entertainment programs for children, and dance evenings. In July the annual festival is held on the lake, with plentiful fireworks, as well as the August international folklore festival. The church on the island, as well as St. Martin's church and the Festival Palace  have concerts of classical music.

There are also numerous sports activities and competitions to participate in, like diving, rowing, canoeing, fishing, rafting, biking and what not.

Gallery: The picturesque lake Bled with its medieval castle

Read more about Slovenia off the beaten path