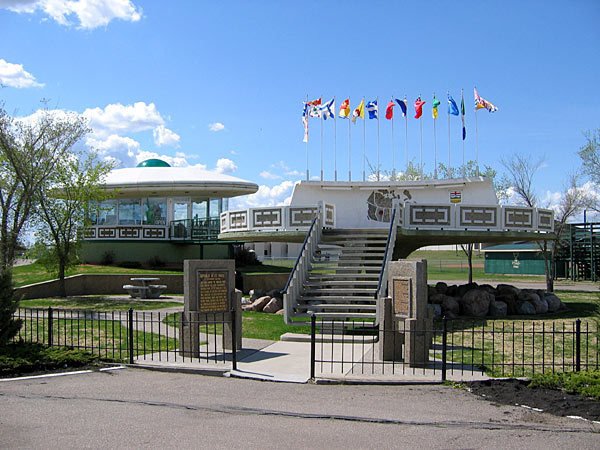 St.Paul is a small town in east-central Alberta, Canada. This town is interesting because they have the world's first official site for UFO landing. It happened back in 1967, in honor of Canada's 100th birthday. The concrete 130 ton landing pad consists of a high platform with a map of Canada with each region of the country, carved in stone. There is a time capsule deposited inside the concrete, that will be opened in 2067, the 100th anniversary of the platform.

In the 1990s,  a flying saucer-shaped tourist information center was opened at the place, which has the  UFO Museum with many interesting exhibits, including photos of other supposed landing sites, mysterious cattle mutilations, as well as crop circles.

Despite the fact that the site was never used for its immediate purpose, it attracts many tourists and is a local landmark. In 2000 the International Conference on UFOs was held here. They also opened a special hotline for UFO witnesses, where you can call the toll-free number and report on unidentified flying objects. You can call at any time and you will not be mistaken for a madman: 1-888-SEE-UFOS and 1-888-733-8367.

It is worth noting that the platform in Alberta is not the only UFO landing strip in the world. The French city Ares , not far away from Bordeaux, in the south-west of the country, also has its own platform. This triangular structure was built in 1976, and the local mayor freed alien visitors from air taxes associated with flying and landing in this place.

The Iron House of Maputo 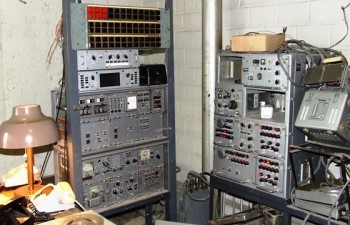