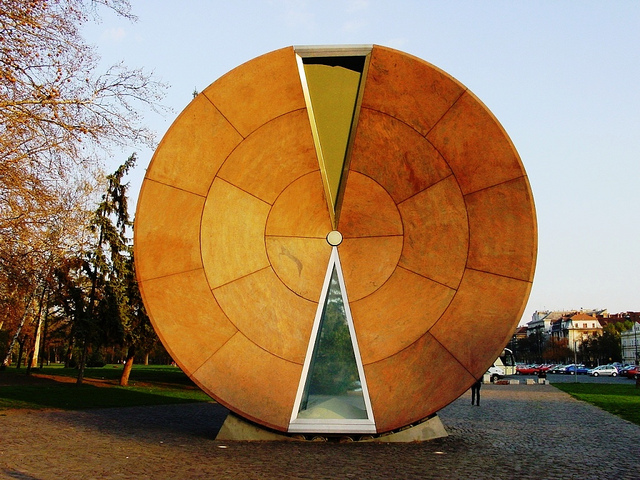 The Wheel of Time, Időkerék , - is the largest hourglass in the world (8 meters tall), set in the heart of the Hungarian capital, Budapest. This unique piece of art  was constructed out of durable materials such as granite, stainless steel, and special safety glass, so that the hourglass lasts a long time. Although this mechanism might seem simple, it is actually more complex to due to its size.

The combination of the  ancient method of counting time and modern technology (represented by a complex semi-automatic sand control mechanism, which is operated by a computer) turned the Wheel of Time from a regular clock into a work of art.

Hungary joined the European Union  at 00:00,  April 30, 2004. The grand opening of this monument  became a symbol of the beginning of the new era in the development of Hungary.

Once a year, on December 31st, the Wheel of Time rotates a half circle (each time in the same direction): when the upper part of the hourglass becomes empty, it moves down, and a new annual cycle begins. Flipping of the  hourglass  is performed by a team of people pulling on cables and a simple mechanism. It takes about 45 minutes to perform the rotation of hourglass. Such simplicity was intended to remind us all, once again, about the thousands of years that have passed, when the only thing that could move large and heavy objects were human perseverance and strength.

The giant red granite wheel with the  diameter of 8 meters is installed near Heroes' Square, where parades and other celebrations take place. 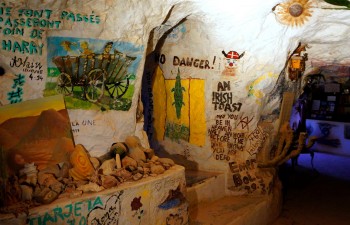